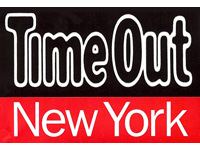 Photographers show the hell in war—and other places


When a photo agency touts itself as "specializing in conflict," you know that man's inhumanity to man is bound to figure in somehow. Sure enough, "VII," a group show by the photojournalism collective of the same name, opening Saturday 15, offers such disturbing images as a profile of a young African man scarred by repeated machete blows. According to the agency's managing director, Frank Evers, however, there's more to VII than just chasing ambulances across the globe. "We started in 2001 just before the September 11 attacks," he explains, "so we grew out of those events and the invasions of Afghanistan and Iraq which followed. But when we say conflict, we mean it in the sense of stories involving people." Or as photographer Ron Haviv, a founder of VII, puts it, "We share an interest in the issues—war, poverty, disease—affecting people everywhere."
The name comes from the number of original members; there are nine now, and Evers says VII's charter allows for a total of 14. In any case, the point is to promote their work, which has appeared in leading newsmagazines and journals around the world. "We're building a brand," he says of an agency he likens to the legendary Magnum. The show is their first in a commercial gallery, although VII—which in addition to Haviv includes such top names as James Nachtway and Christopher Morris—has exhibited in institutions like the International Center of Photography. But the gallery setting, Evers believes, will uniquely showcase the group's commitment to craft. "After all, they're not just journalists," he says. "They're real artists."—HH