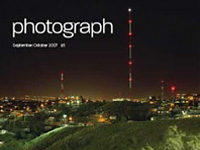 After a successful ten-year stint as co-director of photography at Ricco/Maresca Gallery in Chelsea, Sarah Hasted decided the time had come to move on. What’s interesting, though, is that even while she launches a new photography gallery (called Hasted Hunt, along with former Ricco/Maresca co-director Bill Hunt), she won’t be moving an inch. Instead, Hasted Hunt is taking over the lion’s share of Ricco/Maresca’s sizable space on the third floor of 529 West 20th Street. Meanwhile, Roger Ricco and Frank Maresca—in a thoroughly amicable agreement—will decamp to a smaller, newly renovated gallery area on the rear of that same floor. Standing amidst the drywall dust and metal studs of what will be 4,500 square feet of exhibition space, the tall, blonde, 38-year-old Santa Fe native opines, “I was such an introvert growing up, but I just became this savvy negotiator. I just asked for everything, thinking maybe we’ll get it.”
Indeed, Hasted’s career reads like a series of friendly collaborations, followed by moments of fiercely independent change. She got her first opportunity while still in college, in the form of an internship offered her by David Scheinbaum at his and his wife’s gallery, Sheinbaum & Russek, in Santa Fe. After graduation, the post turned into a five-year job, during which Hasted learned a lot of life lessons, as well as business lessons. “They are the most ethical, amazing people,” she says.
Scheinbaum & Russek became private dealers and Hasted moved to Sweden for a few years. But 1995 found her descending on New York with “two suitcases and a job.” The job was at the Howard Greenberg Gallery, where she learned even more about dealing vintage work. In 1997, she decided the time was right to leave Greenberg, and give herself a month-long sabbatical, but the month wasn’t over before a call from Bill Hunt tipped her off to an opening at Ricco/Maresca. There, she and Hunt built what was essentially a gallery within a gallery, showing vintage and contemporary photography amongst the gallery’s better-known folk and outsider art fare.
“I give Frank and Roger a lot of credit for letting us be autonomous,” she says. “But eventually I think what happened is that people came in and said, I don’t get it, I don’t understand why you guys are connected.” Patrons, arriving to find weathervanes or Henry Darger paintings might, in an adjoining space, also find macabre black-and-white still lifes by Joel-Peter Witkin, vintage work by Lisette Model, or one-of-a-kind tintypes by contemporary photographer Jayne Hinds Bidaut. Much of the work had an offbeat, visceral appeal, different from, but not truly at odds with, the outsider art on display.
Hasted Hunt opens with a show of the members of the photo agency VII—wartime images from Afghanistan and Iraq, and color-saturated documents of conflict from elsewhere around the world. Thereafter, seven out of twelve of this year’s shows will be comprised of artists new to Hasted and Hunt, many from Europe. Among them, German native Peter Grasner who takes compassionate, but unflinchingly close-up color photos of Altzheimers’ patients; Michael Wolf, who documents Hong Kong’s back streets; and Erwin Olaf, who constructs enigmatic narrative set-ups that rival Witkin for creepiness.
Says Hasted, “I want to show images that you can’t get out of your head, that make you think, ‘What is this about?’ Once I achieved a sense of clarity about what I needed to do to make that vision happen, everything else just fell into place.”