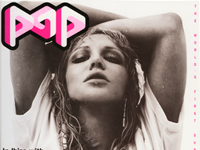 American artist Jeff Bark arrives in London in November to unveil a new collection of photographs: Abandon, a new series of 30 still lives and nude studies. His human subjects are ‘real-life’ (ie, with curves and everything) models caught in seemingly arbitrary and candid scenarios; in truth, each image was shot on painstakingly assembled sets inspired by the models and built around them, and filled with details carefully chosen for their symbolic resonance, from moving blades of grass to dripping milk. ‘Nothing is there by chance,’ says Bark, ‘and everything is deliberate, flawlessly tricking the viewer to believe they’ve caught a glimpse of a visceral human moment.’ Using a large-format camera, soft lighting and long exposures to create a painterly texture, Bark has produced a series of 21st century scenes each constructed with all the care and skill of a Renaissance masterpiece.