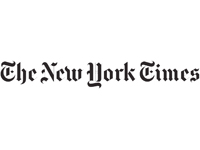 Sometimes the line to get into the Imax theater at the American Museum of Natural History seems long enough to stretch all the way out to other planets.

This weekend “Beyond,” a one-year exhibition of more than 30 large-format photographs of Earth’s planetary neighbors, opens in the museum’s Imax Gallery, a corridor by the theater that is also a pathway to the Rose Center for Earth and Space.

Michael Benson, a writer, photographer and filmmaker, created the stunning series of pictures from the enormous archives of images taken over the years by robotic explorers of the solar system.

Anyone with an interest in astronomy and an Internet connection can find the raw images at sites like www.nasa.gov, and NASA occasionally releases photographs of breathtaking beauty. But the artist’s eye can transform what started as scientific data, and even the best of NASA’s pictures on a newspaper page or a screen do not give a hint of the richness of these prints.

Beginning in 1995 Mr. Benson spent years sifting through hundreds of thousands of photographs, looking for those that offered an aesthetic punch. He then painstakingly combined images, using digital tools like Photoshop, to eliminate dropouts and blurs from individual photos beamed back across millions of miles of space. A lovely picture of Europa, a moon of Jupiter, gliding in front of the swirling atmosphere of that planet, for example, is a blend of some 70 frames sent back by Voyager.

The images come from as far back as 1970s explorations by space-faring robots like Mariner 10, the Viking Orbiters and Voyager. More recent ones come from Cassini, which is sending data back from the outer planets, and the plucky rovers Spirit and Opportunity, which are still motoring around the surface of Mars. Many are drawn from the multiyear project that culminated in Mr. Benson’s 2003 book, “Beyond: Visions of the Interplanetary Probes” (Harry N. Abrams); they provide views of hothouse Venus, desertlike Mars and two decidedly otherworldly moons of Jupiter: Io and Europa.

These photographs have the power to startle, especially those that capture the freaky beauty of erupting volcanoes on Io and the intensely detailed patterns of fractures of Europa’s icy surface. The Valles Marineris canyon system, spanning 2,500 miles of desert on Mars, has a kind of dust-bowl beauty, and the surface of Venus, as peeked at by radar through its covering of sulfuric acid-laden clouds, seems sadly spectral.

Is it art if a robot snaps the shutter? In a response to questions by e-mail, Mr. Benson, an American who lives in Slovenia, said, “Although I didn’t take the actual shots, I feel very much the author of the final composite image.”

A result, he wrote, is that the images of the “exquisitely flawed pearl” that is Europa and the “lurid and orange and volcanic” Io provide “something stranger than ‘Star Trek’ or ‘Star Wars’ ever came up with.”

When asked whether there was any message he would like to get across with the photographs, he began with a joke, “Uh, that they’re for sale?” (They are.) But he switched to a more serious tone to say there were earthly lessons in the extraterrestrial sights. “Venus is the victim of a runaway greenhouse effect, with solar radiation that’s trapped by its clouds producing a heat on its surface hot enough to melt lead,” he wrote. “Mars by contrast lost much of its atmosphere and is a frigid desert. Both once had surface oceans, which they have entirely lost.”

Earth, of course, is not likely to see anything that extreme. As with real estate values, planetary comfort is largely a matter of location, location, location — in the solar system. But as visual metaphors for environmental extremes, Mr. Benson’s images nonetheless have a way of taking hold in the mind.