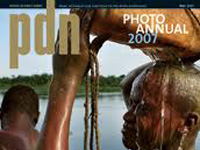 War Souvenir reflects and recounts the crude intensity of World War II. Paolo Ventura represents war as a game in a grotesque dollhouse, but he does so without abandoning either war's emotion or its pain. The Soldiers are dummies; the scenes and objects in which they act are all in miniature. His photographs constitute a profound and surprising reflection on the power of documentation and memory.