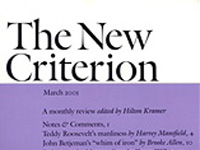 The gallery venue has played a significant role in deciphering photography’s past as well as ushering in its future.  Take Steiglitz’s 291 Gallery, for example, established at the turn of the twentieth century to enlighten the public about the artistic possibilities of “modern” photography.  HASTED HUNT Gallery in Chelsea, opened exactly a century later, regularly shows the cutting-edge work of contemporary photographers, while precociously mining the past for little-known photographers who will shed new light on old beliefs.  As case in point, until now, most of us believed that the photographers who put color on the map were American and could be named on one hand.  This summer, Sarah Hasted and W.M. Hunt mounted an exhibition of color photography, mostly European, mostly from the 1970’s.  So far, nothing about it sounds revolutionary or even particularly educational, and that is what makes it a nice surprise.

The six artists in “Color Before Color”- Luigi Ghirri (Italian, 1943-1920), Keld Helmer-Petersen (Danish, born 1920), John Hinde (British, 1916-1998), Peter Mitchell (British, born 1943), Carlos Perez Siquier (Spanish, born 1930), and Ed van der Elsken (Dutch, 1925-1990)—offered up a luscious palate in a range of styles surpassing straight documentary and distinctly in the realm of the extraordinary.  This is no surprise, as the show was guest-curated by the British Magnum photographer Martin Parr, whose discerning eye has earned him a reputation in the fields of journalism, fashion, and advertising.  Parr’s early influences range from Henri Cartier-Bresson to Bill Brandt to Gary Winogrand and Lee Friedlander.  These latter three departed from the rigid paradigm of Cartier-Bresson’s “decisive moment,” and by emphasizing form over content, launched what Walker Evans termed the “documentary style.”

The show’s big revelation lies in its expansion of the history of color photography.  The late John Szarkowski, the legendary curator of photography at MOMA, green-lighted color photography with his 1976 exhibition of William Eggleston’s color work.  His bold move was not appreciated by everyone, many dubbing it the most hate show of the year.  With unbridled enthusiasm, Szarkowski overstated the facts when he proclaimed that Eggleston’s work was “perfect,” an assertion that prompted Hilton Kramer, writing then for “The New York Times,” to quip “perfectly banal. . . perfectly boring, certainly.”

Prior to Eggleston, fashion dictated that photographers work in black and white if they wanted to be taken seriously as artists: color was the province of commercial work and amateurs.  In part, there were technical reasons.  Silver halide (used in black-and-white photography) was an archival medium.  Although it might fade, it would never dissolve, as long as archival papers were used.  In 1973, Eggleston discovered a process called dye-transfer printing while browsing through a collection of advertising images, and from then on his highly saturated images were as close to archival as one could get in color.  Today, of course, most contemporary photographers use color.

In the engaging arrangement of these rarely exhibited photos, Parr drove  home his point that the American colorists who gained recognition in the 1970’s took credit as the innovators in color photography, while the “European pioneer equivalents” remain relatively unknown.  Many of these photographers worked in isolation, yet the show came together nicely under the rubric of Colour.  The subject matter varied wildly from Peter Mitchell’s tidy deserted street-scenes in Leeds, to Carlos Siquier’s splashy close-ups of bacchanalian beachgoers that make Bill Brandt’s nudes seem modest.  John Hinde is a favorite of Parr’s with his quintessential technicolor postcards, indictments on the efficacy of color.  Luigi Ghirri, who most nearly mirrors the palate if not the subject of American color photography, was using color as early as the late 1950s.  And across the room, images from Keld Helmer-Petersen’s self-published book “122 Colour Photographs” (1947) revealed a bold assortment of distinctly Modernist works against the stark white wall.  HASTED HUNT continues a valuable tradition with this vibrant and provocative exhibition.