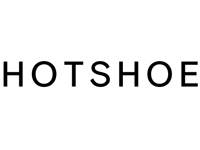 Martin Schoeller, German with dreads, the photographer of tribes from Amazonian Indians to Hollywood celebs, has turned his gaze on female bodybuilders.

In a big glossy book published by new imprint Pond, Schoeller photographs 45 examples of a group of women bodybuilders. Much as a 19th century anthropologist and taxonomy nut might have recorded and catalogued the similarities and differences of a rare genus, so does Schoeller with this sub-culture of women who do very extreme things to their bodies.

Taxonomy requires the specimens to be listed according to identical criteria. The fun then lies in close observation of the differences within the overall similarities of the group. So Schoeller obeys the rule, framing and lighting each of his 45 subjects in exactly the same way. White background, large format, full frontal torso shots, tight-cropped, hyper lit, no shadows, high gloss prints, appendix of statistics, all of which invites objectification and scrutiny akin to a medical textbook or high class mugshot.

Female bodybuilders, by most norms of contemporary beauty, throw down the gauntlet. They shock. They give off mixed signals about gender: The huge shoulders, thick necks, bulging trapezoids, enormous biceps, popping veins, a parody of the masculine.

The bikini tops and matching lippy, the bright blue eyes shadow, the dangly earrings and hair accessories scream “fem”. But it’s the breasts that confuse the most. Some are good ol’boob jobs - subcutaneous tennis balls under a 60inch chest. Others don’t look like breasts at all - their soft origins pumped up to semi-phallic proportions, suggestive of Croneberg and alien implants.

The confusion doesn’t stop at gender. Bodybuilding requires the all-over application of a mahogany coloured stain to enhance the definition of the musculature. So whatever the natural colouring and ethnicity of the women, each is some shade of dark browns as though immersed in a vat of shoe-dye that often, but not always, lightens at the neck. It is altogether a challenging aesthetic to men and women alike.
But Schoeller must like to look at them. He took the first of those photographs in 2003, and augmented this passion project over several years. In his straightforward Photographer’s Note (interestingly placed at the end of the book), Schoeller describes his subjects as athletes. He’s respectful of their commitment - the sacrifices, the hormones, the training, and the privations they endure in pursuit of their sport. He describes them as outsiders, indifferent or stoic about the judgements of others. Probably the most telling phrase is his description of their “purity of purpose”, which is something he finds intrinsically worthy of respect.

Schoeller’s on the record about his early influences - August Sander and documentary portraiture, the Bechers and the Dusseldorf concrete school, recording functionalist industrial architecture in organized grids. Then his exodus from Germany to America; finding himself the new boy on the block speaking broken English and pitched into Annie’s [Leibovitz] world that demanding High Priestess of celebrity iconography. For three years he toiled for her and learnt the ropes. Remember the shot of the Dog Whisperer, Cesar Mallin, in the New Yorker? - the charismatic Latino taming a pack of writhing, baying, mud-kicking hounds in some ghetto backstreet. That was Schoeller. Remember La Jolie? - that extra-terrestrially gorgeous face with the blood dripping from her extravagant lips after some boxing contest, or vampiric encounter. That was him too.
He says he “talks non-stop” when shooting. He doesn’t let-up because chatter distracts his subjects. He “puts all his friends in front of 8’’x10’’’’. Most disarmingly, he’s self-conscious about his Teutonic heritage: “I work with the German idea of trying to categorize things, trying to find conformity”. He’s always looking for the skull beneath the skin.

Schoeller’s images in his CLOSE UP series arrest because he appears to strip naked these famous subjects - their wrinkles, liver spots, sagging, blotching and all. You wonder who this guy is who can cosy-up to these megastars and get them to let it all hang out. The female bodybuilders, on one sense, have their armor on - they’re browned-up, made-up and pumped-up. Then Schoeller shoves them in a photo booth, blintzes them with wattage, sweats them and shoots them. The eyes are the focal point, the lights reflect in their pupils, giving them a zombie killer look. Out of the context of the gym and the poses of competition, this women look, frankly, freaky. With Hollywood stars a high degree of complicity can be assumed - always aware of metamessaging and doubtless retaining kill rights to these images of themselves.
But despite their scary gaze and scarier muscles, these bodybuilding girls seem simply provincial. Yet they too are glad to be noticed, eager to be photographed and represented together. However bizarre they may look, this is how they choose to be seen. A less overly knowing but equally complicit contract is at work here with Schoeller providing the audience for which all sub-culture exhibitionists yearn, and in the process avoiding all charges of voyeurism and exploitation.

Female Bodybuilders is a weird, exhaustively thorough book - the marriage of two types of obsessives that have met their perfect match.