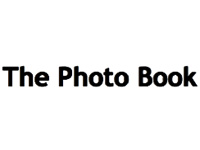 This body of work resembles Schoeller’s professional portraits, using the same stylistic lighting and dead-pan facial posing, as evident in such subtlety as the same catch-lights in the women’s eyes. Unlike his other published portraits, the camera is allowed to be drawn back a littleand reveal some additional aspects of the women bodybuilders being photographed.

In this series, the details of each woman’s physical features are clearly captured, the pores of their skin, the protruding veins in their muscularly developed arms, and even the evidence of the skin damage from repeated tanning to prepare for their athletic competitions. Fascinating physical details about the women who have become bodybuilders.

In one regard, the photographs are very captivating, perhaps as a result of the studio lighting set-up which provides a documentary feel. The light creates a soft glow off the scheen of their skin and provide an almost three dimensional relief of their muscular build. The women are posed straight forward, with the resulting side lights sculpturing their well defined shapes, mass and lines. We are met with their direct gaze, they do not seem to flinch. Likewise, I also find the photographic effect somewhat like a series of mug shoots, as though with their toes on the line and looking in the lens, sans a line up number.

As I move through the book, I find that I am more attracted to the women’s facial features and expressions. I am searching for something that might tell me about their emotional state while being photographed, something about them as a person, who they are beyond this potential stereotype of a female bodybuilder.

I am not aware of what the women were asked, or not asked to do, during the portrait session, but their expressions are much like Schoeller’s professional portraits, either passive or pensive. As though the photographer after setting up the portrait session, was lying in wait for his particular flat trademark expression to appear.

There are small biographies provided for each woman in the book, and interesting how many discuss their strength and femininity. Yet the photographs provide hints of their femininity and seems to dwell on their inherent physical strength, not unlike the muscularmass and definition of their male counterparts. Their physical beauty is unlike like the more graceful muscular definitions of an Olympic swimmer or runner, perhaps more like the tight muscular build of a Olympic gymnast.

But if you place your hand to block the view just below their chins, you have a couple different set of photographs that allows you to see their feminin and individuality as expressed in their hair style, makeup and the jewelry. Perhaps that is the contradictions that Schoeller is attempting to document about these women, the potential conflict between their self perception and their developed exterior muscular contours.

Schoeller has documented a slice of a sub-culture, and maybe to their own credit, these women have found ways to allow their individually shine through. They have knowingly placed themselves in the limelight of subjective judging, allowing other to define them within some arbitrary boundaries. They are under constant scrutiny, much like any actor in play who knows their part in a performance.

These women are not strangers to the camera lens, although this temporary studio with its large format camera may have been a slight departure. I find a weariness in some of their eyes, as if they are on-guard, not knowing if they can trust, such as a good likeness to be made or to be potentially taken advantage of. Yet they know that they are again on display, many taking a pose to put all of their personal development work to their own best advantage, flexing their arms, shoulders and abdomens. A very interesting series of photographs.