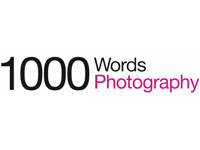 During the 1970’s female identity came under the political, cultural and social spotlight and it was theoretically possible for women to transform themselves into whatever role they aspired to. In attempts to move away from female stereotypes generated by men, women found different forms of expression to explore their identities. In the arts, Annie Sprinkle, dressed in stockings and a Basque and invited and challenged audiences to shine a torch into her vagina in a gynaecological gesture to demystify the sexual image. Cindy Sherman photographed herself in multiple roles highlighting the fluidity and performance of female identities.

And unsurprisingly as this time, the first female bodybuilding contest was initiated in the USA and women could display a muscular form to the public as rarely seen before. A platform for muscular women would perhaps have been consigned to the fairground freak show in less enlightened times, but was now developed, into a peculiar form of exhibitionism and expression, albeit probably not to the taste of the masses. And despite the relatively meagre financial gains, compared to the male body building competitions, these women have the passion to remould and sculpt the ‘perfect’ female form with unparalleled physical commitment.

The questions raised by Martin Schoeller’s body of work, FemalBodybuilders, are multiple. His generic portraits, tightly framed with head and upper torso only, challenge and confuse the senses. We are instantly forced to engage directly with these alien-like women who gaze back, larger than life. The sheer physical presence of muscle and the unnatural juxtaposition of femininity and masculinity testify to a hyperbolic morphing of form as if two different elements have been awkwardly fused together. Faced with the glamorous sheen of these hyper real portraits, the viewer contemplates the question as to what possesses these women to strive for such an exaggerated physique normally associated with men. But this question is reflective, it bounces right back to its source and the viewer is forced to question their own normative position, these deceptively simple portraits begin to shuffle and distort preconceptions. You begin to enter into a dialogue with yourself.

The question of why do these women do it becomes almost impossible to answer, as each one becomes an individual with individual reasons. Generalisationss are almost obsolete, almost rude and disrespectfuls to contemplate. Another photographer may perhaps tried to contextualise the lives of these women, brought them out of the frame to try and arrive a the reasons for their chosen sense of femininity. Yet, the only index to their lives we find with Schoeller’s work is found a the back of the book.
Each bodybuilder explains their motivation and constant themes are echoed in each voice; namely that this is the pursuit of perfection and that female bodybuilding is an art form perhaps, but one without critical awareness. Instead we observe a strange conflation of the vulgar and move towards an impossible ideal, an illusion to the body beautiful. This fantasy of power is best illustrated when you consider that the body builders are at their weakest, denying themselves food to rid themselves of any trace of residual fat, when they look their strongest on the stage.

Schoeller’s portraits individualise the sitter in a superficial, apparently objective way, in much the same way as police  mug shots but this form of anthropological investigation allows the women a form of visual expression. Though these women are self-conscious of the image they protect, arguably personalities filter though. The constricted frame denies the women the form of representation they work for, they are literally cut off from their expression and forced to reveal themselves with limited bodily gestures. We get up close to these women, you can almost smell the body oil though at no point do we feel that they are under pernicious scrutiny, nor do they appear comfortable. Indeed, the complicity between the sitter and the photographer is evident and he appeals to their exhibitionism. In effect then, we are observing an image of an image. The masked codes of femininity abound; lipstick, mascara, plucked eyebrows, pampered hair, sparkly bikini top, little splatterings  of glamour. And it’s this hybridity that so sharply plays with our minds. We look at one person but we actually see a male and female version of that same person at the same time. There is an unreality about these people, as if they have just exited the make up and prosthetics department on a science fiction film. They are men who pay good money to have ‘sessions’ on a one to one basis with female bodybuilders. For an hour you can have your head locked vice like between a pair of bronzed legs. You can feel the form and contours of the naked muscular flesh and have your puny body lifted with hydraulic arms high above the giant form of an Amazonian woman. The fetish towards muscular women however is nothing new when we consider the 1958 American B movie Attack of the 50 Ft. Women. Some feminist readings of this film have given credence to the enlargement of the women as a metaphor for emancipation from the men who had previously controlled her life, though, arguably it plays to the sexual desires of men who want to be dominated. Obviously the deep desire of female bodybuilders is to take control, and no longer play the ‘weaker sex’, though the Internet is littered with pornography dedicated to the female muscular form. Often, some bodybuilders cannot make a decent living and take advantage of the male peculiarity towards female physical dominance.

The strength of Schoeller’s body of work lies in the non-judgemental approach of his bold German aesthetic. Uncomplicated photographs are often the most complicated to understand and Female Bodybuilders certainly stokes the fire of judgement, taste and identity simply by showing.