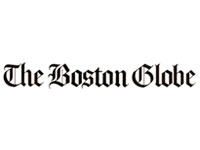 WORCESTER - It’s the rare photography exhibit that implicitly raises the question, what is art? There are even fewer exhibits that, having raised it, explode the question into irrelevance.
“Beyond: Visions of Planetary Landscapes,” which runs at the Worcester Art Museum through May 24, does both. It consists of photographic prints (some drawn from multiple images) that were taken by NASA and European Space Agency missions. This means there was no human consciousness behind the recording process. A computer program directed the data retrieval. A term like “data retrieval” indicates just how far we are here from Alfred Stieglitz - or even your cellphone camera. No one pointed, no one clicked.
Yet if you define art as beauty mediated through human handiwork, these images certainly qualify. And in their present state, if not their origin, they are the product of a human consciousness, Michael Benson’s. Producing gorgeous, museum-quality images does not rank high on the agenda of any space probe. So Benson has taken the visual data sent back to earth and worked with them through a variety of techniques - collaging, digital processing, eliminating grid marks, compensating for digital gaps - to produce the pictures on display here.
“My goal,” he writes, “was to locate, digitally process, and print some of the most extraordinary sights ever captured. I view the photographic legacy of these missions as being a chapter in the history of photography.”
More than that, they’re a chapter, a radically new chapter, in the history of human imagination. “Mars Sunset,” for example, is just what the title says. It shows a Martian landscape with the sun descending at the edge of the horizon. But that title hardly indicates the gorgeous colors, the sense of eeriness, the summoning up of so many associations and puzzlements. (That tiny white ball is the sun?)
“Saturn” offers a chill stillness that goes beyond reality - or at least anything like terrestrial reality. The rings of Saturn defy belief. Period. Seeing still isn’t believing. What’s that term from “Star Wars” - hyperspace? So many of these pictures seem like products of hyperimagination. One gazes at them feeling at once humbled and stupefied. These images render meaningless words like “spectacular” and “astonishing.”
As a title like “Saturn” might suggest, these pictures are very big, even if in terms of “life size” they don’t even qualify as miniatures. The scale that “Beyond” deals with is so vast that the eye gratefully lingers over a Martian triptych, photographed by the Rosetta probe, which includes in an image of the planet’s surface a portion of the spacecraft’s silhouette. Seeing something manmade is reassuring, deeply reassuring, amid such alien vastness. It’s also deeply incongruous.
Incongruity is the ugly stepchild of wonder, and there are plenty of both qualities in “Beyond.” Io, a moon of Jupiter, looks like an orange masquerading as a potato. That sounds ridiculous, I know; but trust me; it’s true. The double crescent of “Neptune and Triton” could be a first, uncolored iteration of a very early Kandinsky abstraction.
Right there, though, is the problem with verbal description in this context. There’s a natural reaction to reach for analogies - terrain like a cantaloupe skin, flares like fire, Martian valleys like gobbets of molten mercury (which verges on planetary mixed metaphor). But analogy is a paltry rhetorical dodge in the face of these literally otherwordly images.
Poetry comes closer than analogy to conveying some sense of the impact of these images. As Paul Celan once wrote, “. . . there are/still songs to sing beyond/mankind.” Whoever would have thought it possible to listen in, visually, to the music of the spheres?
Mark Feeney can be reached at mfeeney@globe.com.
‘’Io Erupting,’’ photographed by the Galileo probe, shows the Jupiter moon in all its color.