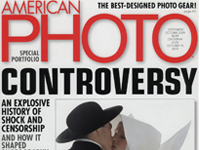 The bird’s eye view has been a source of photographic fascination ever since Nadar shot Paris from a hot air balloon in 1858. To see Earth from above, whether in flight or in photographs, is a transformative experience. While giving complex ground level relationships a map like simplicity such views also reveal previously unseen relationships and afford information not visible from a side long perspective.

All but the most elevated aerial images still retain a single perspective- the sense of a viewer’s position in space. Not so with the ”Supervisions” series of German photographer Andreas Gefeller. He has arrived at a remarkable labor intensive methodology that creates stunningly detailed images of large, flat surfaces indoors and out from parking lots of office ceilings to fields of vegetables. These images seem to exist in a wholly abstract realm, with no apparent point of view, yet record their contents with a clarity that unaided human vision could never achieve. It is as if Gefeller had somehow scanned these enormous surfaces at ultrahigh resolution. Yet while the photographer acknowledges that the details of his images are faithful, he describes the final result as a “construction.

That construction results from Gefeller’s methodical process of shooting his subject - the paint splattered floor of an art school studio, the dense pattern of shoe imprints on a well traveled beach- square by square. He mounts his canon EOS 5D digital SLR on a tripod that has been extended but with the legs unsplayed so that he can wedge its feet into his belt; the tripod is aimed up at an angle, with the head tilted down to keep the camera parallel to the surface he’s photographing. After each cable released shot, he takes a step or three, or four before shooting again. When I started this series I actually measured the squares but now its just a matter of feeling,” Gefeller explains. “ I know the length of my feet and how many steps I have to make”.

Gefeller shoots with a 35 mm lens, a moderately wide focal length that captures a little over a square yard from about eye level. For outdoor subjects he often extends his improvised boom so that it’s as high as nine or ten feet. It can take many hours, if not days, to photograph the whole surface he has chosen, and Gefeller may shoot hundreds if not thousands of overlapping frames. For his recent image of an entire floor of the Art Academy, in his native Dusseldorf, Gefeller made approximately 10,000 separate exposures.

Though the process of shooting is arduously systematic, the digital stitching – done without the help of dedicated stitching programs – is even more so. Sometimes Gefeller creates, or simply leaves intact, a seamless transition from ram to frame; other times he leaves unaltered a more abrupt transition. “I think this is one of the main creative aspects of the work, to decide where you leave some seams in the picture and where it’s unnecessary,” he says. “Naturally, it’s very easy to remove seems in Photoshop. But for me, these little ‘mistakes’ are very important for the viewer so that he can try to understand what he is looking at.”

The result is reminiscent of the digital pastiche produced by robotic space landing crafts such as the Mars rovers, and indeed, Gefeller often photographed the night sky with his grandfather’s camera when he was a child. And while Gefeller points out that for him the computer is not an instrument of manipulation, it is on the computer that the real artistic transformation occurs. “The more frames I put together, the greater the distance to a surface appears to be, “ says Gefeller. “When I’m working on images of the ground, I start flying! In the case of photographs that show ceilings from below I find myself in a position that isn’t possible – one that seems to be dozens of meters under the earth.”

It would be easy to place Gefeller’s work in the mold of the Becher-inspired, descriptively neutral genre of current German photography. Gefeller applies that school’s rigot not to a literal record of his subjects but to what ultimately becomes, as a very large print on a gallery wall, a highly abstract representation. And while abstraction is usually achieved with a reduction of detail, Gefeller’s “Supervisions” work is teeming with detail. In that respect, and in its challenge to photography’s one-eyed ethos, his work is subversive. “The main object of my work is not the manipulate the world,” Gefeller recently explained in a BBC broadcast. “It’s to change the way of looking at it."

LESSON 1: ON PRECISION
“Sometimes I set up a grid to do the shooting, but often I don’t. The reason for this is interesting. Many of my subjects are urban places, which means they’re man made. Humans put everything in strict order and in rows, which makes the photography process easier. I can use the grid created by tiles, paving slabs or other regular patterns to orient myself, for example. This fact tells a lot about human character- about man’s will to control nature and his environment.”

LESSON 2: ON PRINT SCALE
“There is no one ideal size for the ‘Supervisions’ prints. Some must have a minimum size or else you wouldn’t even understand what they are showing. I did an image of a gold driving range, and although this print is quite large, the golf balls on it are still tiny; if it were any smaller, the viewer wouldn’t be able to identify the golf balls. Other prints don’t need to be so large – images of paving slabs, for example. The sections remind me of pixels, an effect you’d lost if you made the prints really big.

“Sometimes I downsample the individual frames before I put them together. But in general, I try to leave them at full resolution and downsample the whole image to suit the particular print size. That means of course that the files are massive. I could produce the prints in dimensions that would fill huge temples.”