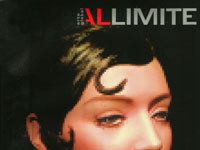 Through drawing, the artist makes an analysis of reality, of what is perceived, mental abstraction of the object, and the end result of the work. Enthusiasm and irony are mixed to reflect the complexity of everyday objects and processes.

The artist Romulo Celdran (Las Palmas de Gran Canaria, 1973) is characterized by a delicacy and sensitivity that are invariant in gesture.

His imagination presents everyday issues in such a way that they take on new meanings, transcending the limits of materiality and the nature of art. Thus, viewers are accomplices of sensations that often border on irony, with wonder and expectation being unfolded in each viewer.

His artistic work has gone through a versatile array of techniques: drawing, painting, sculpture and lithographic print. From this diversity, he creates a corpus that helps  to streamline plastic processes and to escape the banality of the creative act.

One of his most powerful works corresponds to the “Objects” series (2000-05), which are sculptures of everyday objects, carved in wood or stone in the same block, using part of the block as a pedestal. Its accuracy is based on the polychrome and size of the objects in question, while the part of the sculpture that is the actual gross matter can mentally help to reconstruct what really is “a sculpture of stone or wood.”

Romulo Celdran representations are not a mere technical virtuosity. They also roam between elusive illusions: that of the unreal which is purely obvious and mysterious.

Your artistic production has gone through different technical processes: drawing, painting, sculpture, and lithographic print. Why did you decide to change to techniques of volume?
I do not even remember the moment I decided to start doing sculpture. Of course I remember my first piece of sculpture, but I think the process was so gradual in my mind that there was never a real principle. I did not make previous studies or sketches. I started with one tree trunk, and that was my first sculpture. Anyway, I already had ten years of experience with paint, and I think I simply took a small leap from two dimensions to three.

How do you define your artistic language?
I usually escape definitions, self-definitions in particular, mainly because I think any definition involves some limitation and typecasting of the defined. Yet I understand that from a formal point of view my work can be included in what is broadly termed as realism. I do not really know what “what is real, what is mental, what is imagined” means. My work is certainly the referent of visible reality, but after this comes an analysis, reflection, the questioning of perception, the selection of processes, the ownership of that part of reality, the mental abstraction of the object, and its subsequent form as a real object. All of it does not fit into a definition.

What role do illusion and irony play in your work?
I have discussed the role of both in a text of reflections on my last two series of works: ZOOM and MACRO. As for the illusion, I try to move in that frontier world between the real and the unreal, in which something that looks “real “ is not, yet still is, because - and do not forget - a sculpture or drawing is, above all, a real object. The irony also connects with a series of concepts and is amplified in the MACRO series, where the breaking of scale correspondence between the object taken as a reference and its contemplation as sculpture makes us find ourselves in front of a pair of gloves that are a meter and half or a tube of paint that is two meters in size, creating an irony about whether it is reality that grows or we who get smaller. I also like to think of the feelings of an audience that does not know what to do with an object that overflowed to such an extent, the scale for which it was intended when it was designed .

Regarding the exposition “Blackboard and Pieces” (Porto, September 2008), Why did you choose these objects and places as a theme? Is there a relationship with the technique?
This series of work includes elements that have been present in my work for many years. My affinity for simple, unsophisticated, and everyday objects is a fact. The “Pieces” series, along with “Blackboard,” provides for my production the technical novelty of using pencil and white acrylic on a prepared surface in black. This involves working in reverse, meaning that you start with absolute black and you start building an enlightened reality. Of course, this definitely influences the choice of the theme because technique and concept always inevitably go hand-in-hand.

How does your creative process, your artistic output, start?
The creative process prior to implementation is very similar in drawing and sculpture. I try to think of how I want to relate in the most effective way that which disturbs me or motivates me in my personal analysis of “the real.” I am currently very interested in everything about the way we perceive the outside. In how physical laws govern our logic as observers and make us understand and relate to what surrounds us, especially with objects. Such concepts are quite present in my current creative process. In terms of artistic production, there are significant differences between drawing and sculpture. These are differences ranging from the choice of materials (much more complex in sculpture), the preparation of previous documentation (photographic, real models), up to a clear metal structure of the phases in which to divide the implementation process.


What level of importance do you give to the expectation or surprise the viewer has when confronted with your work?
Somehow it feeds me. Behind this new interest in understanding the production or the reaction to it once it is discovered, I always seem to find feelings of excitement or emotion, almost childlike, that I share at that time, and even in my previous creative process when I make discoveries that amaze or delude me. It’s like delivering Christmas gifts: the giver as well as the receiver feel excited. It is obviously not true in all cases, but I do not aspire to it either. Sometimes there is indifference from the public, but I take that for granted, and I really prefer to stay with the positive emotions generated by my work.

What is the constant question in your artistic work?
I’ll tell you two: How can I materialize in a clear and easy manner the concepts in my mind that are so complex? And will I be able to convey that complexity, or will the potential public perceive only the formal, technical, and representative aspect?

Which do you think are the common points between your creative thoughts and those of other artists whose works are as distinct?
They are many. Sometimes I see  myself very identified with resource ideas and concepts put into practice by artists whose works move in the field of abstraction, conceptualization, etc. Sometimes even much more with artists that might relate to my work priori, and I love it. I think many times we use different formulas to solve similar concerns. I find it very  interesting to associate those mental processes that make two people so different, an artist or a musician, or a musician with an architect doing artistic work. In the end, I think there is so much we have in common. I think that no one has asked me about this before.

What was your last solo show, and what are you up to now?
My last solo performance took place in 2008 in Oporto. I presented part of the works from the series Blackboard and Pieces. Starting now, I am working on the series ZOOM and MACRO, which will be presented in a solo show in the Raquel Ponce gallery in Madrid in April. I am also ending the tour of the Art of Similarity exhibit, in which some of my works are portrayed and which could be seen in three rooms in Galacia. Also, in the end of January, a large exposition called Realism - The Adventure and the Reality is being inaugurated in the Kunsthalle in Emden (Germany).

Courbet-Hopper-Gursky will integrate my work with 200 other works from 70 artists such as Manet, Courbet, Chuck Close, Walker Evans, Duane Hanson, Julian Opie, Gerhard Richter, Thomas Ruff, and Daniel Spoerri, among others. I am very emotional about seeing my works placed at this level. Also, the exposition will subsequently visit Munich and Rotterdam.