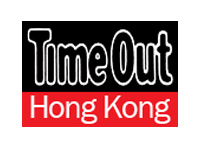 On his way to document the Gulf spill, the Canadian photographer reflects on his fascination with the imageries of urban and industrial transformation.

It is with the industrial landscapes created by mankind that one can best judge its progress and failings, and Edward Burtynsky has been taking a front row seat in these spectacles of environmental disasters for nearly three decades. The 55-year-old Canadian artist’s large-format color photographs have drawn worldwide acclaim for the sublime beauty they captured at such disorienting industrial sites as landfills, quarries, highways, factories, oil refineries and mine tailings across the globe. When we caught him on the phone, Burtynsky, who admits to spending half of his time traveling, was about to head off to photograph the Gulf of Mexico oil spill – like some kind of a tireless angel undertaken to check on man’s latest misdemeanors.

You’ve been shooting industrial landscapes around the world for decades now. How did you become so interested in this subject?
I was interested in landscape as a theme, because I felt that if [we are] true to landscape, we can understand a lot about our world. But when I was doing the more traditional landscape, looking at nature, I felt somehow it wasn’t very true to our time. It was lacking a kind of immediacy; it was like trying to harken back to another era. So when I started to think about what is the landscape of our time, I thought [of] urban and industrial landscapes, as they were expanding [and] were more in keeping with the world that we were creating.

I think it’s kind of ironic that when you come across your best photographic subjects, it’s usually when you encounter the worst ecological calamities. Does it break your heart sometimes to take these pictures?

I certainly have the feeling that we’re kind of overreaching, we’re pushing limits, and possibly not being smart about how far we’re going. So sometimes, yeah, I do feel a bit of concern and despair at the kinds of activities – and the degree of those activities – that we’re engaged in. I’m concerned about when will nature impose a corrective action, and I think that corrective action is kind of inevitable. The question remains: have we gone beyond the point of retreat? I think we’re at a very dangerous threshold.

What does it mean to you personally to bring these imageries into gallery and museum space? Do you see it as a mission of sorts?

I see it as both trying to create works of art, so that the actual images stand alone as images and have the strength to function in the world as images; and at the same time, I’m trying to invest the image with the kind of content that has equal force to the form of the image itself, so that it isn’t too journalistic, nor is it too formalistic. I’m trying to navigate a world between those two, so that each image speaks to a kind of moment that we exist in. Nature is being pushed further and further into the fringes as our footprint gets larger and larger. In a way, that’s the story that each image begins to tell, of how our footprint is getting bigger by the day.

As an artist, you’ve been capturing these aesthetically accomplished, almost surreally beautiful photographs of devastated natural landscapes. Do you feel obliged to also be the ambassador on environmental protection?

Well, it’s kind of hard as an artist to be doing this thing I do, and also to be a father of two children and knowing that they’re entering this world as well. I don’t deny the fact that we need to develop and find economies that can put food on people’s tables. But at the same time, I’m also interested in how do we achieve that without destroying the world that we’ve been given. So I think for me, the advocacy for a sustainable future has become a part of my verbal language that I run alongside the visual images.

Which artists or photographers have most inspired you?
There’s a whole range of influences from painters to photographers to filmmakers. A filmmaker I like a lot is Werner Herzog; Lessons of Darkness is quite a powerful movie. I’ve been affected most by the 19th-century photographers of the ilk of Carleton Watkins, and some early Hudson River School painters as well. And I’ve also looked at the modernist photographers in America: Ansel Adams, Edward Weston school. And then later on, New Topographics was a powerful influence in the mid-70s for me. Even earlier painters from the Romantic period, like Caspar David Friedrich: his interpretation of the landscape and the sublime were of interest to me as well. And then there’s someone like Robert Smithson, who I was also very influenced by.

Tell us about your upcoming project.
I’m beginning to have a more in-depth look at water: how we humans respond to water, and how we shape the landscape to accommodate water. I hope to do an exhibition in another year and a half, which will touch on a lot of the themes that I’ve developed.

Four of Edward Burtynsky’s photographs are presented as part of the group show, Further Affinities, at Sundaram Tagore Gallery until Aug 1. The artist’s first solo exhibition in Hong Kong is scheduled to run from Sep 22 to Oct 23, primarily featuring images taken in Mainland China, India, Bangladesh and Hong Kong.