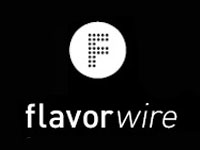 Questioning the notion of beauty, German photographer Martin Schoeller takes pictures of female bodybuilders, whose feminine heads seem grafted to muscular bodies, and close-up portraits of celebrities that show every pore and wrinkle on their famous faces. Following in the tradition of August Sander, Bernd and Hilla Becher, and Thomas Ruff, Schoeller prefers a stark reality to the realm of fiction. The bulging muscles and sculptural forms of his female bodybuilders are surreal, while the sagging chins and flawed skin of Clint Eastwood, Chris Rock, Paris Hilton, Kobe Bryant, Sarah Palin, Dennis Hopper, and other boldface names show that even the stars are less than perfect.

Martin Schoeller’s exhibition Females Bodybuilders is on view at New York’s Hasted Hunt Kraeutler, where some of his images from the continuing Close Up series can also be seen, through August 27.