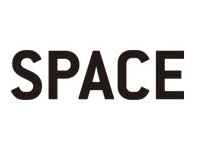 At the news that a painting by a lesser-known Korean artist was sold for 8.8 million KRW at Christie’s auction in Hong Kong, the Korean art world was thrown into a quiet state of commotion. The interest in the artist (Kim Dong-yoo) suddenly grew, and his work ended up being plastered all over the media. In 2006, another piece of his art sold for an astounding 320 million KRW, 25 times the original estimate. This ushered in the beginning of the artist’s reign as a so-called “hot-selling star.” This is what little the public may currently know about Kim Dong-yoo; but whatever anyone may say, Kim Dong-yoo is a painter -- one who has always been intensely immersed in the world of painting. His works are bound by the popular, yet sophisticated genre of pop art. As the realm of significance behind pop art is in no way shallow, neither are his paintings. The artist’s works make inquiries into the relationship between the part and the whole, the real and the illusive, through faces and through people, by which Kim evokes the exact coordinates of mutable significance and adds the weighty poise of significance onto his painting process. In his latest large-scale solo exhibition, faces encountered in his work keep disappearing and reappearing, writhing like smoke and inviting the viewers to peer into them more attentively. The following question is worth asking: What are the relationships and meanings signified in his “dual faces”?

You are better known as a “commercial artist” or “star artist” for your popular paintings. But this exhibition at the Sungkok Art Museum might well direct the public to rethink such simplistic titles. What kind of meaning does the exhibition have for you?

I gained publicity as an artist with this recent series of faces. The commercial success of the series, however, overshadowed my other work or any interest in how this series first developed. In fact, the series was first introduced in 1999, but this is a little known fact. The newspaper reporters were busy churning out articles with provocative headlines about the high prices that my work fetched.

Though I understood the media was bound to be geared that way, I always felt a bit of a regret. This exhibition, on the other hand, contains a fairly good representation of the connecting links between my work and the changes they have gone through.

How or why did you become interested in faces?

In Korea’s rote-based education system, all art students learn to draw plaster busts in middle school and high school in preparation for college. Naturally, this leads students to paint self-portraits or portraits of other people. When I was studying to go to the College of Fine Art, this was what everyone did, so drawing “faces” was not an unusual thing. But the faces that I am intent on dealing with right now are not those of regular people. They are those of famous and popular people.

In the 1960s, when I was born, I did not have many chances to experience foreign cultures. We did not have TVs until the 1970s, and even then there were only one or two black-and-white TVs in the whole town. Going to a theatre to watch a foreign movie was a mind-blowing experience. At the time, Korea was culturally cut off from the West, and most people could only learn about Western culture indirectly, through the radio or movies. This led to a natural curiosity for such things. Moreover, the people I am painting now are those that I was curious about back then. Most of the people that I paint were popular from the World War II period to the 60s or the 70s at the latest. I’ve met some young people who did not even recognize the faces I painted. Also, during my formative years in school, electronics and visual media advanced along with me. As the increase of available media offered more experiences of foreign cultures, it fueled my thirst to understand more. The images that had been burnt into my head through such indirect sources finally seem to have found an outlet in my paintings today.

What is the meaning of the “double face” and the significance of the relationship between the two people?

I have no intention of imposing any specific significance on the pair by my decision to combine them. Sometimes they are ideological opponents, sometimes friends or lovers. This is to say that our idea of a person’s identity may be changed by another person or perhaps an external factor, and that power is limited. This is the nature of our transient life. But on the other hand, many of my pairs are devoid of any such correlation. As the director of a movie may use a well-known actor or a lesser-known one according to his or her intentions, I decided to use deceased celebrities to bring my message across, because people are an important part of my work. My paintings allude to life’s little conflicts, co-existence, harmony and hope, which are as universal a theme as the fact that the entire humanity faces life and death. In this digital age, you insist on working in an old-fashioned way.

With the use of current digital technology, what you are doing is quite possible to be done through photos or other means. In fact, people have started creating photo imitations of your work. What do you have to say about that?

I do not deny that my work has a digital element to it. As in pixel mosaic art, pixel images compose a bigger image in my paintings. But I do not think that the novelty of my work resides in this technique, which is not unfamiliar to most contemporary artists. Furthermore, I do not want this digital element to represent the entirety of my work. The reason that I borrow from the digital medium is to emphasize the analogue. If you take a closer look at my recent work, you will see that the smaller faces are dispersed like smoke. Although it is not obvious, I wanted to achieve some marbling, or the effect of smudged ink in Eastern paintings. Emphasizing the analogue on the basis of the digital is very important to me. I do not want to say which is superior. Both are equally important to me. The issue of how digital elements must be shattered to co-exist with the analogue on the canvas is also a very important artistic theme for me. As heat and cold co-exist in all things in the world, the two elements complement each other.

To be blunt, my work can be created simply by taking some photos and printing them. There’s no need to hand-paint individual pixels. But the realm of fine art is not always logical or reasonable. I do not think art can be produced through the process of sheer logic. I just hope, after repeated subversions of an image, that something new will come of it: perhaps a mutation or what not. Mutations result from constant alterations, and most mutations without distinct character will eventually disappear. In some lucky cases, however, they survive. This happens when various elements are properly intermingled. But the survival of a mutation is not that easy. Sometimes it happens, sometimes it does not. The deciding factor, I think, is the artist’s overall devotion.

You have worked on many faces. Whose face is the most meaningful to you?

Those of former president Park Jung-hee and Marilyn Monroe. The two seem very disparate, but in my memory they are connected. This has to do with the times. When I was young, any news on the newspaper or on the radio began with news of President Park Jung-hee. Whether I liked it or not, he was always around me. Whatever came of it, one must admit that he was the first person to attempt closer relations; both diplomatically and economically; with the United States. In that regard, I saw a conceptual link between him and Marilyn Monroe, who was the icon of American culture at the time. It happened that they lived together in the same time period, and putting them together signifies the coupling of Korea and the United States, their capitalism and democracy. Also, these were the first two faces that I painted for the series. I worked on them in 1998 and presented them to the public in 1999 at the Kumho Museum of Art.

I expect your painting process to be extremely gruesome and “intense.” Why do you focus on such work?

I always wanted to be a painter, ever since I was a little kid. I liked being alone rather than playing with friends. To put it simply, I was not very sociable. Among the solitary things I could do alone, I liked drawing the most. There was no special reason. Some things are just meant to be. The very act of painting is for the satisfaction of my own interest and passion, not for material reasons, but for the sake of doing something relentlessly, without giving up. Looking back, I think I turned to painting because I couldn’t do anything else. I didn’t like going to crowded places, and that was just one of my many handicaps. I had quite a few insecurities to deal with, which may be the reason I am still continuing on the road of such extremes. That is not all. During the 1997 economic crisis, when Korea had to reach out to the International Monetary Fund for help, many artists were forced to take other roads just to survive. This was truer in the fine arts than in design. As laborers avoid 3D jobs, artists avoided basic and simple “labor-intensive” work, such as sculpting and painting. The refusal came with the insecurity of the times, and this led to the stimulation of fields of art that permitted some sort of industrialization. As a result, only those artists who were predisposed to “intensivepainting” continued on their work with almost asinine zeal. So-called “successful” artists of my age are those who kept plugging away at their work during hard times, deepening and amplifying their specialty. The surviving artists found the blind spot of the age and worked hard behind the scenes.

It seems that we may expect many changes from you. What other subjects are you interested in other than faces?

Landscapes. But I do not want to quit purposely what I am doing right now and go on to another project. An artist may make a conscious decision to introduce changes in his work, but when his thoughts and paintings mature enough, the changes eventually will creep up to him. The latter is how I usually work.

What is your idea of a painter?

A painter creates a mutation of a work from trivialities and stands by to watch what kind of life they take on.