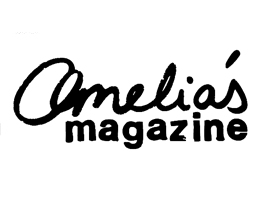 Esteemed photographer Albert Watson unveiled his collaboration with the Macallan whisky company last night. The portrait and fashion photographer spoke to Amelia’s Magazine about his favourite type of work, and parted with his recipe for success for our artist readers.

¬It’s only around the time I’ve finished asking my questions that Albert Watson seems to start warming to me. I was only given ten minutes with the photographic legend, author of over 250 cover shots for Vogue, Rolling Stone and Time magazines, endless fashion and advertising shoots, and iconic film posters such as ‘Kill Bill‘ and ‘Memoirs of a Geisha‘. But when the Scotsman starts talking there is no stopping him, even though people are circling around for his attention. He motions me over to the photos on the wall, telling me how he chose it all – the printing techniques, the paper, the frames, everything. ‘Platinum prints are forever,’ explains Watson, ‘they don’t age, they don’t fade.’

Albert Watson likes to be in control of the artistic process, and he was given more opportunity to do this than usual with his commission for the Macallan, the exclusive Scottish single-malt whisky. Last night the beautiful black and white images were shown in the stunning Pimlico auction house Phillips de Pury. It’s only a shame the public won’t get the chance to see them – the works leave on a four month world tour today.

With such a wide range of work under his belt, I ask Watson what is his favourite kind of project. But he won’t be made to choose: ‘I like all of it. If I were doing celebrities every day I would hate it, and if I were doing landscapes every day I would hate it. I like the mix of things. The main thing I did for years was fashion.’ He pauses. ‘In the end I wasn’t so interested in the fashion and the celebrities, it was about the pictures.’

In September Watson was awarded the prestigious Royal Photographic Society’s Centenary Medal, a lifetime achievement award. A shy but proud smile spreads across his face when I bring this up. Watson is responsible for some truly iconic celebrity shots, such as Mick Jagger as a leopard and Alfred Hitchcock with a goose, but many people don’t necessarily know him by name. Is this a good or a bad thing?

Ah, I don’t care!’ laughs Watson. ‘I care if you like the pictures!’ We get sidetracked talking about something else, but Watson comes back to this point later, unprompted: ‘Sometimes people might not know my name, but those I’d like to know me, they do.’ So it’s deliberate, this low profile then, I ask? ‘No!’ Watson exclaims, before adding: ‘But I’m not that interesting. I just work a lot.’

Watson is notoriously hard working, set to go to Marrakesh the day after the Macallan show, then it’s Paris, then Moscow, all before taking what he says is an unusually long Christmas break in two weeks’ time. ‘On a usual day I may work till 9pm, then I go home and have a meal and go to bed, so I can get up in the morning and work till 9pm the next day. I concentrate on the work.’

I ask Watson what advice he would give to budding artist readers of Amelia’s Magazine. He answers with certainty: ‘You have to be working every single day, at what you want to do. If you work six days and have a day off, then you need to do something – think about your work, do a sketch, go to an exhibition – something, on that day too. You need to be on.’
Watson’s images for Macallan show a young couple’s journey from Spain, where the oaks that make the barrels for the whisky are grown, up to Scotland and the distillery. All black and white, the images are a mixture of wide-sweeping landscape shots, intriguing close-up details, and some incredible portraits of veterans of the whisky trade. Those of more generous means can buy the prints alongside special edition bottles of the whisky, including a limited range of customised bottles from 1946. This is the year Watson met his wife Elizabeth, when they were both four years old.

This is the second time Macallan has employed a photographer to illustrate its product, starting with Rankin in 2008. ‘We gave Albert complete creative freedom to represent the brand. He has created this art noir roadtrip, showing the process from beginning to end,’ says Ken Grier, director of malts at the Edrington Group, which encompasses Macallan. ‘We wanted to create something treasured and beautiful to look at.’ Grier says he has already prepared next year’s project. He won’t say what it is, but promises: ‘It will again be completely different.’

Grier hands me a glass of neat, ten year old whisky, and not being a massive whisky fan I sip it tentatively. But there is no need to worry – the drink is excellent. Smooth, deep and soulful, just like the photographs surrounding us on the walls.

See more of Albert Watson’s work here. Two new books of Watson’s have just been published: ‘Strip Search’, photos from Las Vegas, and ‘UFO: Unified Fashion Objects’, a selection of fashion photos. You can have your own work judged by Watson by entering the Macallan Masterclass.