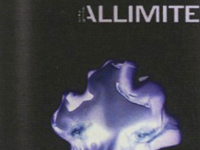 The Images of the American Photographer are known for an accomplished study of the light, and the settings he uses to tell a story with every shot. With an aesthetics that sends us to the one from Baroque masters of the light such as Caravaggio, his photographs tell us about a living game between classic subjects and contemporary issues.

Jeff Bark (Duluth, 1963), as many contemporary artists, lives and works in New York. It was near this city wear he found the location for his last series “Lucifer Falls’, images that surprise the viewer acquainted with his work, for the main subject in the series he captured seems to be nature rather than the human figure, a recurrent theme in his previous series. Waterfalls, a lot of water, a lot of green and models almost lost between these elements, back away from certain hardness in the naked bodies from some of his earlier works. Change of direction? Not really, more likely an evolution on a same line of work that has its centre in handling the light. A lot of people can go and take photographs of waterfalls, which, by the way, are a rather complex subject associated with kitsch, but Bark has managed to make his work stand out by his distinctive use of light.

Always having light as the main character, it is inevitable to relate Bark’s work with many others: in a classic line with baroque, or in a more contemporary line with the works by photographers like Gregory Crewdson. When looking at his body of work, we pass through all these tedious comparisons to finally understand what makes it be a unit with so many associations: his work is set upon a game between classic pictorial subjects and the ones that move our contemporary world.

Could you tell us a little bit about your first steps in photography? Who have been your influences and referents?
I believe everything you liked as a kid is what your art is about. I’ve been trying to make believable the project world insides my camera since I was 12. Nothing makes me happier.

When looking at your photographs it is inevitable to recall classic works from the baroque. What could you tell us about this association?
When I first started I was interested in taking the classic subjects: nudes, still lifes and landscapes, and injecting them with contemporary motifs and a sense of humor. Most of them have an inside joke within the frame.

The use of light, added to the settings you make, make me think of cinematographic scenes. How do you relate your work to contemporary cinema?
Like a filmmaker I am trying to tell a story but in one shot. First I think of a character and then build an environment around them. Furniture and props help give clues to who this person is and how they live. I cast people from the internet, often the idea will form because of the person. Like a painter I draw everything out before hand and then work in a limited color palette.

Could you tell us about your working methods? How do you build your sets, chose your models, etc.?
The most important thing to me is the lighting. Much time is spent diffusing and cutting it back to only illuminate what I want the viewer to focus on. It’s all about control and can be painstaking on the models because I need them to be in position motionless for long periods of time.

Although Bark has covered different subjects in his series, we could say a common element to all of them is given by images of naked bodies that come out of the standards created by images coming from advertising. Instead of “beautiful” models, Bark uses models that are closer to “common people”.

Where do the naked bodies come from? What led you to be interested in this pictorial subject?
I wanted to show people usually not represented in nude photography; the average and the unsexy. People you don’t want to see nude yet at the time can’t look away from.

What are you working on now?
Film is becoming more important to my work and my next show will incorporate shot films, sculpture and installation as well as photography. It’s called Drunk Dad. It will be quite a party.