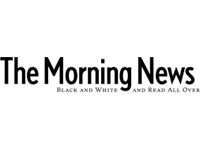 How is it we can know what Jupiter’s Great Red Spot looks
like, or Saturn’s rings, or the dusty surface of Mars, though no human has every seen them in person? Michael Benson turns NASA’s data sets and grainy pictures into dazzling, saturated images of our solar system. It’s art on the frontiers of the 21st century.

Michael Benson was born 1962, Munich, Germany and lives in New York City. His photographs have been exhibited worldwide, including at the Smithsonian Institute in Washington, D.C. Benson’s first solo gallery exhibition was at Hasted Kraeutler in 2011. Two books of Benson’s photographs have been published, and another is due out in 2012.

How did you come up with the idea to create these composites or “mosaics” of planets in outer space?

Apart from being interested in space exploration since I was a kid, I got involved in looking at planetary science images starting in the mid ‘90s when I was living in central Slovenia. I got on the net for the first time in ‘96 and ‘97 and I started using that to look at images from the Galileo voyage to Jupiter. Because of NASA’s enlightened release policies every image is available to the public. Then, I started looking at all the other images. I was a non-scientist, looking at images from space exploration. It felt unprecedented. I started writing about this whole process, and I wrote a piece that was published in the Atlantic in 2002 about the existential implications.That led me to Abrams, who published Beyond: Visions of the Interplanetary Probes, which led to exhibitions. The final large-style exhibition just closed at the Smithsonian.

Is your focus artistic or scientific?

From the beginning, I’ve wanted to show work that would argue that the visual legacy of 50 years of interplanetary science constitutes an important chapter in the history of photography. The most overt link is to those guys in the 19th century who brought their big boxy cameras around and photographed the frontier. For the past few years we’ve had mobile landscape photographers on the surface of Mars. We’re talking about some of the most spectacular landscapes under the sun.

What is your process for making the images?

The very large print I have up of Jupiter’s moon Io, right at
the limb of the planet, was taken with six camera pointings of the Cassini spacecraft in 2001. Six camera pointings covered the whole planet. The narrow-field camera was pointed at the northeast quadrant of Jupiter, it was a black-and-white camera using the red, green, blue, and infrared filter. At the end of that process the entire planet had been imaged. It took about 45 or 50 minutes. I went in there and found the red,
green, and blue filters. Each had to have an image produced in color. A Jovian day is short, only 10 hours. Jupiter is spinning, the spacecraft is going at the speed of a rifle—a lot of finessing is required. Finally you get a bunch of mosaic pictures that have to be assembled into a final composite image. That picture took weeks.

Like a black-and-white, low contrast, relatively low-res thing.
You have to do things to “up res” them. I have a software plugin that is very successful at increasing the resolution.

Are we just lucky that outer space and the planets are so
beautiful and so compelling, or is there something else at work here? Are mysterious, awesome things beautiful by definition?

It’s kind of par for the course. The reason I’m intrigued, and the reason I’m doing this, is I get such a personal kick out of being the first person to see these things. Planetary scientists see the raw data, but they don’t make a composite to show what it must be like if you’re actually there.

What are you working on next?

I have a new book coming out in about a year and a half for
Abrams, Planet Fall, which is new planetary photography. I’m starting a project this summer documenting an island in the Adriatic where a Yugoslav dictator had a prison camp, and I have another book for Abrams on electron microscope photography.