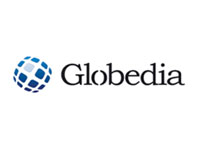 Artist of the Month: Rómulo Celdrán

By Águeda B. Esteban Gallego

Perhaps his name is already familiar from seeing it around here. Rómulo Celdrán was one of the first names to appear in the “Who is…?” section, but this time we have the chance to present a direct interview with him. As we already mentioned, we’ve seen this artist in exhibitions at ARCO and JustMadrid, and he’s won awards such as the Mapfre Foundation’s Penagós Prize. His work is largely based on changing the proportions of objects in our daily lives, such as a simple chewed up cap of a BIC pen, which changes our perspective as if we were viewing it through a magnifying glass. This is complemented by hyperrealistic drawings that would astonish anyone. Now we take a look at him from the artist’s own point of view.

What was your most recent work?
A series called Reality Bites I. It involves a piece made from polychromed polystyrene, like my previous works, that represents the starting point for what I hope will become an entire series of works. The name of the series, Reality Bites, works as a phrase that defines the collection of pieces from various points of view, the literal, the metaphorical, and the ironic, because they are actually objects that have been bitten, but they are also fragments (bites) of reality, and are also works that play with the concept of realism and about how to “sink your teeth in”.

An artist that you admire?
Jannis Kounellis. I think he’s an example of bravery and intelligence in the use of that extensive assortment of materials that he utilizes and the way in which he employs them in his language of plastic.

The artist that has influenced you the most?
Probably in recent years, Claes Oldenburg. His works involving the world of objects and departures from scale that inflate reality were very important when I started developing my Macro series of sculptures. Based on the starting point that he suggests, I tried to create my own vision of reality, based on one hand on a personal collection of objects and on the other, on a meticulously realistic analysis of those fragments of reality, as a contrast to Oldenburg’s “pop” proposal.

Your favorite work (your own and that of others)?
Well, there are so many that frankly it’s hard to choose one, but broadening the field of choices to the entire history of art and not limiting ourselves to just contemporary art, probably The Arnolfini Wedding by Van Eyck would be one of those wonderful pieces that I could spend hours looking at.

A person important to your artistic life?
Ángel Naranjo. He was a painter who lived in the town where I spent my first years painting, between the ages of 10 and 16. He painted as a hobby but he lived art as a true vocation. I learned many things from him both as an artist and as a person.

How would you like your work to be viewed?
I would like it to have the ability to surprise and to stimulate in some sense the intelligence and emotions of the person who sees it. I would like the spectator to see it as an honest and dedicated attempt to discover a personal way of viewing reality. And finally I would like to be able to bring a smile to the person’s face.

When did you say, “Mom, I want to be an artist”?
If we’re talking about knowing that I wanted to dedicate myself to this in some sense, I think I always knew, but actually taking the risk of making it my profession was a decision I made when I was 19.

What do you think is the thing that people notice the most about your work?
From what the public tell me, I think that it’s the surprise of discovering the difference between what they think they are seeing and what they actually see.

Tell us an anecdote about your artistic life.
A nice little story comes to mind about the way in which I showed my works for the first time to one of the galleries that I still work with. They became interested in my work through the photos that I had sent to them, but naturally, they wanted to see it in person. So I loaded everything that I could into my car and I went to the agreed location in Madrid. The funny thing is that I showed them my work in an underground parking garage of Las Cortes. Right there in the middle of dozens of cars entering and leaving, I unloaded my pieces and put together an improvised exposition leaning the drawings, oil paintings, and sculptures on the nearby cars and on my own. It turned out that they liked it and we still collaborate today.

Future projects?
For now, just coming off of the whirlwind of ARCO and JustMad, I have to start working on new pieces, looking ahead to the exhibitions coming up this year. Probably the most interesting project will be to continue with the Reality Bites series that I spoke to you about earlier and see how the idea turns out and how it materializes into new work.