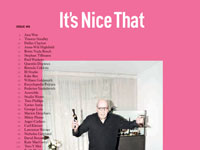 Rómulo Celdrán is a self-taught Spanish artist who like so many in his position initially began to work with the standard media of canvas, oils and acrylic. What makes his story noteworthy, however, is the fact he ended up branching out into a far lesser-known territory: sculpting massive things.

Celdrán’s series Macro exaggerates the scale of everyday, seemingly insipid objects. Reminiscent of the way a traditional magnifying glass makes larger everything beneath it, Celdrán elevates the scale of his objects, and in the process makes them things worthy of closer observation and rich with, he says, “unnoticed nooks.” Celdrán notes how “there is magic in the world of scale,” and that the playful nature of his work is his attempt to try and break down the “physical laws that govern our logic.” The motives of the work are painfully innocent — “to share, surprise and entertain,” he says — and with each additional piece needing up to three months commitment, our hat is tipped to one of the most dedicated entertainers out there.