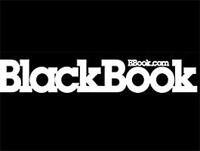 A woman in the shape of a vessel, her arms bent like handles, hands clasped behind her back. Just north of her center, our eyes find triangles, and here the weight of the woman shifts, curving slightly to the left as her right leg releases weight, stepping out of the light. Untitled #01, which measures no more than 5 or 6 inches, hangs on the walls of the entrance to the Hasted Kraeutler gallery in New York just as it was printed in 1976. The artist is Peter MacGill, President of the Pace/MacGill.

He has contributed this print from his graduate student years to the gallery’s latest show, ”Don’t Quit Your Day Job,” which runs through August 19th. The title refers to the group of participating artists, who run some of the most prestigious photography galleries in New York and California. All proceeds in the show go to the Lotus House, a Miami-based foundation devoted to providing shelter “from life on the streets,” for women and infants. It was sort of funny,” said Mr. MacGill. “I have the privilege of representing some of the best photographers, and all of the sudden, I had to take my stupid pictures from graduate school and get them framed and itemized, get them registered and delivered.”
Since first opening the Pace/MacGill Gallery in 1983 on East 57th Street, Mr. MacGill has built his name representing some of the most famous photographers in history: Robert Frank, Harry Callahan, Duane Michals, Irving Penn, to name a few. In that time, he has also bought and sold some of the most important photographs and photography collections, changing the market with his transactions. In 1999 he sold Man Ray’s Glass Tears for 1.3 million, the highest price ever paid for a photo at that time. In 2001, he sold Thomas Walther’s collection to the Museum of Modern Art. In 2006, he sold Irving Penn’s Small Trades series to the J. Paul Getty Museum, the same year he bought Steichen’s The Pond—Moonlight for more than 2.9 million, another world record for the highest photograph sold at auction. (Of course, this figure was re-anchored last may when Cindy Sherman’s Untitled #96 sold for 3.9 million, breaking many records).
While he may be king at his own gallery, MacGill is also a photographer at Hasted Kraeutler. When given a compliment about his photographs, MacGill laughed. “Do you have vision problems?” he said. “These are not good photographs.” But, it’s not true. They are good. For Untitled #1, Mr. MacGill created his own light with a small flash light, which he put his fingers over so that the flashlight could draw on the subject. But why has MacGill hidden his pictures for 35 years, and kept them sealed up for 25?
Around the time he was taking photographs, MacGill had a day job handling photographs by Harry Callahan and Paul Strand. “It doesn’t take a rocket scientist to see that my pictures didn’t stack up with theirs,” said MacGill, who doesn’t shoot much anymore (although he does assist his wife in her darkroom, which was left to her by Harry Callahan when he died). “I’m like her darkroom assistant,” he said. “It’s easier to tell someone else what to do than to do it yourself.” In the meantime, over at his own gallery, there is an exhibition called, “Wanna See My Portfolio?“ featuring portfolios by those famous names MacGill spoke of earlier, including Diane Arbus, Robert Frank, Lee Friedlander, Duane Michals, Robert Rauschenberg, and Garry Winnogrand.
Steven Kasher—who some may know as the curator of an important photographic civil rights exhibition in the late ‘90s, while others know him as the guy who curated Lou Reed’s first major photo exhibition—also took part in “Don’t Quit Your Day Job.” His photographs hang in a grid of six. Each one is composed of two circles, one larger one with a smaller one popping out of its center.  Tightly-framed faces fill circular frames hugged by vertical matt boards cut with compatible geometry. A separate, smaller image pops out from the center of the larger circle. The result is three-dimensional.

“It’s called Consentials, which is a pun on the word ‘consent’ and ‘concentric,’” said Kasher, who added that he has not participated in a show like “Don’t Quit Your Day Job” this since the ‘80s. “When I found out about the show, I went to my mom’s attic and dug around and found this body of work that seemed the most interesting to me right now.” The underlying images in Consentials are mostly portraits of Kasher’s artist friends, like Ron Gorchov and Michael Klein (except for one of his daughter), while the overlaying or “interior image,” Kasher describes as “free ranging.”
Citing John Heartfield as an influence, Mr. Kasher claims to arrange most of his images beyond the “Day Job” show into sequences. “I had this concept that showing an individual picture was not as interesting as bringing more than one image together,” he said. He spent the first half of his life as an artist, his mediums of choice ranging from painting to sculpture. He had always been interested in taking pictures as a kid, but it wasn’t until Mr. Kasher was in his 20s that he decided to commit to photography. Kasher says the switch happened for the simple reason that “I was photographing my sculptures.”
After spending much of the ‘80s as a photographer, Mr. Kasher started creating installations with photographic elements. “I showed those quite a bit,” he said. “But then I drifted into becoming a dealer and a writer.” In the mid ‘90s, Mr. Kasher wrote and released The Civil Rights Movement: A Photographic History, 1954-68 and curated over a dozen associated exhibitions, marking the point at which he went from artist to writer to curator and gallerist. “To me that was a satisfying transition,” said Mr. Kasher. While Mr. Kasher occasionally thinks about retiring and getting back to life as a full-time photographer and artist, he doesn’t look too far back. “As an artist you are beholden to people who are not always receptive to your work. I always wanted to show my work a lot more than I had the opportunity to and as a dealer I get to make exhibitions in the public and get a lot of response and audience easily,” one of the reasons Kasher finds running a gallery more satisfying. Kasher says that for him, being an artist meant being in your own head. “The criteria of success and failure are very tortured as an artist and full of anxiety,” he said. “Being a dealer is easier.”
Just the other week, Kasher called over a dealer friend to help with the framing for his piece in “Don’t Quit Your Day Job.” The dealer walked in, saw Kasher’s piece, and immediately said, ‘This is fantastic! who did it?’ Kasher, who spends all day hanging and dealing pieces by nearly three-hundred renowned photographers, from the Capa brothers to Irving Penn, could only attribute the sequence to “anonymous,” but the dealer bought one on the spot regardless.
Robert Mann, known to his peers as Bob or Bobby Mann and to everyone else as the owner of the Chelsea-based Robert Mann Gallery, had something more contemporary on the walls. Pictures from back in the day don’t excite me now,” said Mr. Mann. “I’m mostly inspired by my current life, particularly the model in that picture, it is my wife.” Mann has been taking pictures since high school, or “maybe even before that.” For a while, he processed and printed film in his own darkroom. Yet he insists he photographs for fun. “I have no doubts or would’ve should’ve could’ves,” he said, adding that he thoroughly enjoys being on the business end of things. As for his experience being on the other side? “It was a unique experience.”

The first thing you notice on the way in is that none of the photos on the wall were labeled, so, as one guest pointed out, “It was fun to play guessing games.” Some of the other contributors include Laurence Miller, who has introduced many international artists, like Daido Moriyama and Erwin Olaf, since he opened his 57th Street gallery in 1984; Janet Russek of Scheinbaum & Russek in Santa Fe; Deborah Bell, who was of the Deborah Bell Gallery until just a month ago, when she was named Vice President and head of the photo department at Christies; and Jeffrey Fraenkel, one of the best gallerists in the country, operating on the other side of the coast out in San Francisco. Mr. Fraenkel, who had brilliant, contemplative, almost Sugimoto-esqe work, politely declined to comment on it, stating that though he was happy to participate in the show, he’s not keen to promote his own photographs.
Even Joseph Kraeutler, a partner at Hasted Kraeutler, who came up with the idea for “Don’t Quit Your Day Job,” contributed a photograph that he blew off as “nothing,” saying that he was more of a painter. His business partner Sarah Hasted on the other hand, who co-founded the Hasted Hunt gallery in 2005 with William Hunt (before it became Hasted Kraeutler), was on the road to becoming a photographer well before she worked her way up in the art world. She contributed two photographs to the exhibition, one of which is a beautiful still life of roses in a bowl, printed properly with all the appropriate detail in the blacks.
Ms. Hasted took the photo in college, while she was perusing her degree in photography at the College of Santa Fe. “People have been complimentary,” said Hasted, “But, no one ever tells the bride she looks bad on her wedding day.” When asked why she chose to stray from the artist’s life, she said, “I prefer the business side of it,” adding, “To be honest, I ran out of things to say as an artist and found other people were doing it better.” But, her experience as a photographer has only contributed to her current role as a gallerist. Knowledge of the chemical process and paper types involved in photography are among the few things Hasted lists as what she calls “a leg up.” When asked what she hoped people would walk away with from the show, Ms. Hasted said, “Maybe to realize that there’s more to an art dealer than selling art.”
Many artists came opening night to support their contributing gallerists, like photographer Phyllis Galembo, who just had her exhibition Maske at the Steven Kasher Gallery this last spring, and photographer Michael Martone, who knew every guest, including Stephen Perloff, editor and founder of the Photo Review, who came all the way from Langhorne, Pennsylvania. When asked what brought him to the opening, he said, “the train.”
But, where were the emerging artists? It would have been a great opportunity to see the human side of these gallerists many artists have deemed unapproachable. Go at once, as works by these artists do not appear often. Most of these gallerists have confirmed that no, they will not be quitting their day jobs, but perhaps it’s worth considering that it’s not because they are bad at taking photographs, they are simply better at dealing them.