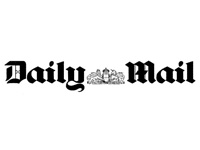 
If you were feeling rather selfconscious about carrying a little extra flab this winter, then look away now. There’s no room for slacking in the world of female bodybuilding as the women who posed for these incredible portraits show. They have honed their physiques over years of dedication, hard work and determination. The international athletes were captured at the peak of their physical condition by acclaimed photographer and artist Martin Schoeller.

The competitive sport of female bodybuilding has origins in the bikini contests of the 1960s but the first true event was the U.S. Women’s National Physique Championship in 1978 which judged participants solely on their muscles.

According to the National Physique Committee, an amateur organization established in 1982, there are strict rules set out for those who compete in female bodybuilding contests. Female competitors must wear a two piece costume when competing and although prints, fringes, lace and sparkle are all allowed, bodybuilders are restricted from hiking up the suits to better show off their physiques. Jewellery is banned until the final stages when earrings are permittedalthough decorative hair pieces are out. Glasses, props or chewing gum are also prohibited.

During competitions, bodybuilders usually carry out a routine set to music where they strike poses to best show off their muscles. Contestants, coated in generous helpings of oil, are judged on symmetry, shape, proportion, muscle tone, poise and beauty flow.

One of the biggest competitions in America is the Muscle Beach Championship bodybuilding and bikini competition at Venice Beach in Los Angeles. The next event takes place on May 28.

Organiser and promoter Joe Wheatley has said: ‘Muscle Beach Venice one of the largest amusement attractions in the Los Angeles area. The focus remains exercise and nutrition and the site continues to be the grassroots soul of bodybuilding famous throughout the world.’

The female bodybuilders were captured by acclaimed photographer Martin Schoeller, 43, who is perhaps best known for his closeup portraits of some of the world’s most recognizable faces including Barack Obama, Bill Clinton, Clint Eastwood, Angelina Jolie and George Clooney.

Schoeller said of his work: ‘I am trying to show the vulnerability that I see and feel in the subjects when I am with them, to get to the complex emotions behind a mask of extreme physical expression.’

The photographer, originally born in Munich, Germany in 1968 came to New York when he was 25 after studying in Berlin to work for Annie Leibovitz.

He has won numerous awards for his work and his photographs are displayed at galleries around the world including the National Portrait Gallery in London and the Smithsonian Institute.