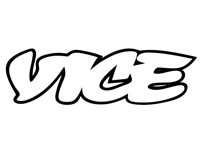 JEAN-PAUL GOUDE IS STILL AHEAD OF HIS TIME

Jean-Paul Goude is a graphic designer, illustrator, was once named the best photographer in the world by Andy Warhol, director of TV commercials and music videos, and one of the last interesting Frenchmen alive. He most famously helped his lover Grace Jones develop one of the strongest and most iconic images in music and fashion. He also directed some of the best commercials of the latter years of the 20th century, including maybe the best car advert ever—the one for the Citroën CX where a car drives out of the mouth of Grace Jones in a desert and she starts singing the word "bien" a lot—French for 'good'—and basically, your nipples get hard. He was also responsible for France's incredible 1989 Revolution Bicentennial parade to celebrate 200 years since the French revolution, which included an ice skating bear for the Canadians, moonwalking teenagers for America, Scottish bagpipers under artificial rain, and Soviet guards walking in fake snow.

VICE: What does Jean-Paul Goude do?
Jean-Paul Goude: I know it's easier for writers to focus on what made me famous: namely advertising and the Bicentennial show, but I've always used all my interests—dance, fashion, and magazines—within what I do. I've always had that artist's attitude and I never saw myself doing anything else. But even though the Paris art world was interested, I found that world difficult.

You started out illustrating, right?
Yeah, when I was still in school I'd go see my girl-friends and always draw them wearing different clothes—I was always fascinated by clothes.

When did you meet Harold Hayes, the Esquire boss?
Harold was in Europe, shopping and looking for new talent. My time with Esquire was crucial for me. Harold was the inventor of what we call New Journalism—he taught me everything. He always wanted to seek out novel, fresh things. Esquire had people like Tom Wolfe, Truman Capote, and Gore Vidal writing for the magazine. And there was George Lois, the genius art director, but I think Harold was looking for an alternative to George, and that alternative ended up being me. Harold always said I was too ahead of my own time, but I just wanted to be original.

You call your most famous technique "French Correction." What is that?
The editors at Esquire came up with the pun. The aim of French Correction was to play with changing the proportions of people's bodies, pre-Photoshop. Chopping up photos and rearranging them in a montage to elongate limbs or exaggerate the size of someone's head or some other aspect appealed to me on a lot of levels—I'm always searching for equilibrium, symmetry, and rhythm in an image.

Rhythm is a funny word for an image. I read that you were a dancer too?
I get that from my mother, she started out as an acrobat. People picked up on her talent and tried to encouraged her to learn to dance, but she knew she would never become a ballerina as she didn’t have the appropriate physique, but she is a born dancer. The thing with dancing is it’s the movement that draws you in—every movement of the body is a dance in itself. Just look at a typical crowd on the street. Some walk in pace and others follow an internal rhythm. A black girl friend of mine from New York had a son who used to rehearse the way he walked in the mirror before going out and his walk would vary according to the hat he was wearing. I’m think this is definitely a type of dancing, at least according to my way of apprehending dance. I don't dance anymore, but my love of dance is still intact, I express it differently—I dance without dancing.

Didn't Andy Warhol work on an issue of Esquire with you?
I met him while working on my second Esquire issue which was called The Final Decline and Total Collapse of the American Avant-Garde, if my memory is correct. We asked him to take pictures for this issue. I remember him being quite reserved. He had a strange allure, with his wig on askew and his badly applied make-up.

You're probably most famous for working with Grace Jones. What were you trying to do there?
Grace was very open. We worked together to create this  intimidating character. I mean, she's naturally intimidating anyway with her body shape, very straight neck, prominent cheekbones, and clean-cut jawline. She's feminine, no doubt about that, but I've always thought that she was far more beautiful without the artifices she employed to make herself more feminine.

I tried to emphasize that body shape through a sort of minimalist German expressionism, with its games of shadows and its angular shapes. Grace is from Jamaica, so she speaks English in a quite thought-out way. I also advised her to address her audience—mostly composed of homosexuals—like a teacher would, with severity. All of that stuff contributed to the building of her image.

Lastly, what are you working on at the moment?
Right now there’s a war going on between the big Parisian department stores. There’s Le Printemps and Le Bon Marché who present themselves as prestigious shopping destinations. Then there’s Les Galeries Lafayette with its more MOR image. I’ve been working with them for ten years. We show clothes with pretty girls, because that's fashion advertising. The images have an ambiguity and there's commentary on the fashion world—Is Goude making fun of us? Is he making fun of fashion? For example, we had Lætitia Casta disguised as a man.