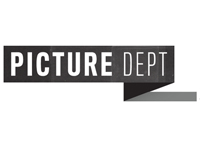 Tonight, Tuesday June 14: Awol Erizku, alumnus of the Cooper Union School of Art, opens at Hasted Kraeutler Gallery. His portraits comment on the lack of racial diversity in the cannon of Western art history by restaging quintessential works of art, such as Johannes Vermeer’s Girl With a Pearl Earring and Leonardo da Vinci’s Portrait of Cecilia Gallerani (Lady with an Ermine), with contemporary subjects cast from his life in New York City.

As quoted in the press release:
Growing up in the Bronx, “the negativity that went on in my community made me want to paint a positive image of the people who might not necessarily fit the stereotype. Going to a school that didn’t necessarily reflect the kind of people I lived around and grew up with also made me want to make images that best represented the people I saw on a day to day basis but weren’t glorified in pop culture.”