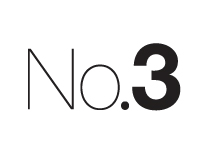 
A great portrait is not formidable or cold. It should capture the essence of the person sitting for the artist and imparts an emotion that resonates well beyond the quadrant frame. Awol Erizku takes soul filled photographs referencing portraits from the masters. For this recent show at HESTED KRAEUTLER in Chelsea, the oeuvre was in style of classic portraiture but instead of paint, Erizku executed his images by photography.

Playing respect to the classic portrait features of a single subject, saturated jewel-tone colors, formal posing, and the dark inky background that each picture conveyed what the artist felt was a discrepancy – the lack of racial diversity throughout art history and these photos make a bold claim in this century. Erizku doesn’t shy away from the immediate artwork reference in his photos. In fact, he strongly makes a direct hit on “Girl with a Bamboo Earring” (2009) where it is obviously based on Johannes Vermeer’s “Girl with a Pearl Earring” (ca.1665). The Africa-American woman takes on the same poignant expression and side glance as the original. The air of modernity does not detract from the classic idioms of composition and the palette is evocative of the period.

The Cooper Union alumni grew up in the Bronx where the negative connotations made about his community and the people motivated him into creating the best image to subvert such stereotypes. In creating the modern version of a portrait, the models of color were not professionals and were culled by the artist himself. He found them while on the subway, street, and utilizing the internet such as blogs or Facebook. Erizku cites that his non-professional models “possess an undeniable striking beauty.” What translated alluring from his photos are the self-possessed demeanor of his models and a sense of pride wearing their skin.

Erizku elevates the idiom of beauty from within. The sheer confidence of his subjects and grounded elegance can best fill the void of racial diversity in art history. There’s no way to argument the past but one can say only start creating now in order to change what’s to come.