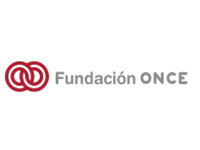 -Where do you find your inspiration?
I am hesitant to talk about “inspiration”. But if we understand the term to mean a combination of ideas that energize me and provide me with adequate creativity, I would say that what I call “the world of objects” could be that inspiration

-If you had to choose between painting and sculpture, which would you choose and why?
I prefer not to choose. In fact, for me they are complimentary activities and each brings a distinct but enriching vision and visual discourse. For that reason I can not, nor would I want to choose, because it would be like placing one discipline as more important than the other and I do not feel that is the case at all.
I believe that I would focus on the fascinating aspects of each one, the simplicity and sobriety of drawing and the tridimensional shape of ideas and passionate field of experimentation with materials and techniques in sculpture.

-How did you manage to achieve this level of realism?
As I understand it, I do not believe there are natural abilities. At most, functional tendencies that make certain ways of thinking more familiar than others. I always felt that I had ability for manual tasks and sculptural creativity. As time went on, I became aware that all of this made me happy and I began to look for ways to make it work. What I have been able to achieve in this field after so many years is fruit of permanent dedication, from a practical, mental and intellectual standpoint.

-How much time did it take you, approximately, to paint one of these paintings? (Blackboard III and IV)?
Each of these works is the result of one or two months of work with significant hours spent in the studio.

-Do you depict exactly what you see in photographs or do you include elements that are not in the original images? If you use photographs, do you take them yourself?
I began my professional journey painting natural scenes. I think that is important because although I began to use photography at a certain point as a reference, I always do it as a way to put a bit of reality that could change too much along the drawn out process of finishing an artwork. This implies, of course, that I prepare all of the photographic material that I use, and that it provides me with a general vision as well as partial visions of specific zones. With respect to the fidelity of the original image, what matters to me is that the art works, so I make the necessary adjustments for it to do so. For me, the important part is the fragment of reality beyond the photographic additions.

-As all artists believe, I suppose you would like to express yourself or communicate a message through your work. However, it may seem that you are intending to imitate a reality. What would you say to someone that had this opinion? Would it bother you if what impressed someone most about your work was the level of technical expertise?
Actually, I do not see a conflict between everything you just said. I intend for my work to function as a formula of expression sustained by a technical process at the same level. It is not so much a question of the message but rather of sharing my personal vision of a world putting in focus scenes or objects that concretize that vision and inviting the spectator to share it if that spectator is in the frame to do so. I suppose there will be part of the public that will focus only on the technical aspect of my work and I do not think that I or the rest of the artists can do much about, except respond to the questions of people, like you, who want to go beyond the surface to content underneath.

-What I mean is, are your style and your procedures the result of a decision or do they just come out in a spontaneous fashion, instead of, for example, something more expressionist?
I think any form of expression comes from a prior decision.  Each creator wants to communicate something and selects the medium he considers most adequate, relevant or effective to do so. That decision can imply that the technical processes employed for that are tremendously agile and immediate, or that they are enormously sophisticated and elaborate. That is the basis for the great richness of artistic expression because form and substance create unity of thought with which the artist expresses himself. The content nourishes the process and the process, the content because each one speaks about the artist himself, of why he speaks about that which he does and why uses a visual language and not another one.

-In Presión I, there is clearly an element of fiction and it is that, a cardboard box that could not support a piece of rock alone. What is inside this box, speaking metaphorically?
For me it is clear, there is air. In fact, the box has not been crushed because the sculpture reflects the moment captured in time in which the pressure of the rock is halfway through crushing the box. From there the static becomes dynamic through a certain narrative that implies what has already happened and what is going to happen when the weight continues affecting the box. There is a light displacement of the piece of the rock that helps to reinforce this unstable vertical movement.

In any case, I like that the piece can have multiple readings and excite the imagination of the spectator who can envision all type of contents of the box, all types of reasons for the crushing and all types of ideas about the material that the box and rock are made from. That is, in part the type of non verbal communication that I want to establish with the spectator, which I was talking to you about before, that intends to share my personal vision with spectators who play the game of further going deeper than the technical precision of the work.

-How many times have they compared your work with Antonio Lopez?
Well, some, but not many. I think art history is constructed by addition and that supposes that all of us construct ourselves from knowledge of what came before. I also believe that we tend to categorize everything to improve its compression and that implies that we try to put things in boxes to classify everything that happens. That helps us understand certain things better but it also simplifies things excessively from comparisons. I think that everything that makes an analysis of the real from a more or less realistic perspective runs the risk of being compared to a greater or less degree with Antonio López, especially if it is done in Spain. But I think that my artistic interests exist in areas that barely have anything to do with the work of that amazing artist.

In any case, they have also spoken on occasion of the influence that Claes Oldenburg has had on my work. Personally, I think the same as I do of Antonio López. Some similarities or major differences can be found, but it definitely makes me happy to be compared to two artists situated at two opposite poles of artistic expression because that places me on the plane of artistic eclecticism to which I have always aspired.

-Have you visited the Biennial [(Biennial of Contemporary Art of the ONCE Foundation. Centro Cultural Conde Duque. Madrid, Spain)]? What is your opinion of it?
I have visited it. In fact, I attended the inauguration and I can tell you I love the work on display there. Especially in these times, it is really difficult to find exhibition projects of this magnitude, with a staging of this format, with the edition of a catalog such as this, etc… As if this was not enough, the form in which the exposition is integrated with the program of activities that ONCE promotes within its lines of initiatives is always appreciated.

For me, the complete normality with which the works of artists who are and are not handicapped have been integrated into the exhibition has been really interesting.

-If you could buy one of the works on exhibit, which would it be?
It’s a difficult choice because there are several that I would take home, but if I had to choose it would be a Kim Joowon photograph, any of those on exhibit. I love his use of white, it’s so delicate, minimalist and done with such a precise photographic technique, while so poetic at the same time.