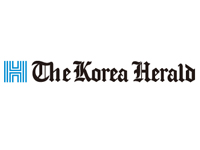 Take a Peek Through "The Keyhole"

Whether through a window or through Facebook, everyone has his share of experiences peeking into others’ lives.

Dutch photographer Erwin Olaf captured a boy sitting on a table and peering through a keyhole to portray the urge to peek and the curious state of the mind.

The photo is part of his latest “The Keyhole” series completed in 2011. Subjects in the series are all turned away from the camera as if they are looking at something secretly.

In “The Keyhole” series, Olaf presents an installation, photographs and films all at the same time to maximize the viewing experience and to convey his message effectively.

The installation lets viewers engage in an act of voyeurism. Viewers can sit on a chair, wear headphones and look through a keyhole.

They start to feel as if they’re spying on other people’s daily lives, watching scenes in which a middle-aged man is sitting on a bed or a mother is cuddling her son. The mumbling voice heard on the headphones intensifies the experience.

“Olaf is inviting the viewer to become a voyeur by suggesting the one-way relationship,” said Hong. “It also portrays the invasion of privacy on the Internet that people commit whether they intend to or not.”

“Olaf also said he intended to share his experience as a photographer who always spies on other people through his viewfinder,” said Hong. Olaf briefly visited Korea when the exhibition opened on Sep. 27 and held a lecture for university students at Hongik University.

Olaf also introduces a beautiful photography series “Dawn and Dusk” released in 2009 and 2010.

He shot two different photos which have the same setting, but in different colors -― “Dusk” in shades of black and “Dawn” filled with white. Women in each of the photos sit expressionless, giving off an awkward atmosphere in a beautifully decorated room and costumes.

“Olaf tried to talk about the social problems people thought were solved but still remain today by using the 19th-century-style setting and clothes,” said Hong. “He explores social issues and taboos through highly stylized images, which makes him a distinguished photographer,” Hong added.