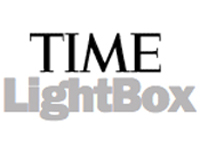 The startling majesty – and deceptive complexity – of Michael Benson’s space art can be traced back through a process he dubs “true color.” A multimedia artist, Benson is a man utterly fascinated with outer space (he points to 2001: A Space Odyssey as an inspiration for his interstellar works — works that so impressed 2001 author Arthur C. Clarke that the sci-fi titan agreed to write the foreword to one of Benson’s books), and he has fixed his talents on creating visions that break free of the confines of Earth, enabling viewers to behold the unseen wonders of the universe.


To encounter a Benson landscape is to be in awe of not only how he sees the universe, but also the ways in which he composes the never-ending celestial ballet. From the spidery volcanic fractures that scar the surface of Venus to the time-lapse flight path of a stray asteroid, the dizzying close-ups of the swirling “red spot” of Jupiter, the x-ray-filtered view of the sun’s surface and the rippling red dunes of Mars, Benson is a visual stylist with a gift for framing and focus. Apart from cutting-edge high-definition renderings of our solar system’s most familiar objects, he also routinely converts extra-terrestrial terrain into thrilling, abstract landscapes that seem positioned somewhere between the scientific and the avant-garde.


Some of his greatest achievements skew towards the hyper realistic; I have been following Benson’s work for years and still the image I remember most is a massive, intricately-detailed view of the surface of Io, one of Jupiter’s moons (slide 13 in the gallery above). Looming large in a print that renders the Io surface in a yellow-brownish hue, delineating the moon’s different terrains, Benson’s color scheme accentuates the dark volcanic calderas that dot the satellite’s surface. The final result is sharp, meticulous and magnificent. At first glimpse it’s a simple planetary object, but the closer your eye scans the terrain, the more you realize that Benson has somehow taken this imagery captured 400 million miles away and given us a front-row seat to consider the turbulent topography of this alien orb. Benson’s visions demand more than a single look; the longer one spends with his vast landscapes, considering the scale and scope, the more they facilitate a state of meditation.


Behind every one of these images, however, lies an intricate and involved photo editing process (watch the video of Benson’s method above). Benson typically begins each work by filtering through hundreds or thousands of raw images from space, made available to the public by NASA and the European Space Agency – photographs that have been taken by unmanned space probes flying throughout the solar system, rovers on Mars or humans aboard the International Space Station. Many of these photos come back to Earth as black and white composites, or as images created with only a few activecolor filters. Benson then sorts through the images in a hunt for something surprising, revealing or noteworthy. Once he’s found a subject of interest, he starts stitching together individual snapshots to create larger landscapes, and filtering these landscapes through his own color corrections to create a spectrum that approximates how these interstellar vistas would appear to the human eye.


In his latest published photo collection Planetfall: New Solar System Visions, now available from Abrams, Benson details the fine points of his processing techniques:
“The process of creating full-color images from black-and-white raw frames—and mosaic composites in which many such images are stitched together—can be quite complicated,” Benson writes. “In order for a full-color image to be created, the spacecraft needs to have taken at minimum two, but preferably three, individual photographs of a given subject, with each exposed through a different filter… ideally, those filters are red, green, and blue, in which case a composite color image can usually be created without too much trouble. But in practice, such spacecraft as the Cassini Orbiter or the Mars Exploration Rovers … have many different filters, which they use to record wavelengths of light well outside of the relatively narrow red, green and blue (RGB) zone of the electromagnetic spectrum that human eyes can see.”


Benson goes on to explain that he will often start working with images that are missing an essential filter — that ultraviolet and infrared filters have been used instead of color filters, meaning the composite image is lacking necessary information.


It is here where Benson has carved out an area of expertise, filling in that missing image information to add shape, scale and color to the planetary bodies he hopes to explore. The resulting visuals, as you can see above, are pristine and powerful glimpses of the furthest reaches of our solar system (and, in some of Benson’s other works, the very edges of the universe). With the landing of the Curiosity rover on Mars in August, and its subsequent photographs of what appears to be Martian riverbeds, the world was once again reminded of the power of a single image transmitted back to Earth across millions of miles of open space. It’s a dizzying thing, to behold an alien world, and scanning through the portfolio of Michael Benson — a true “space odyssey” — is to experience this rush of discovery again and again.


Michael Benson’s new book Planetfall: New Solar System Visions, is now available from Abrams. Also featured above are images from Beyond: Visions of the Interplanetary Probes (Abrams, 2008). Images from Planetfall will be on display at New York’s Hasted Kraeutler Gallery in December 2012.