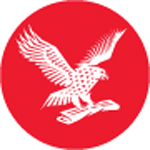 Portfolio: Nick Brandt's dark vision of the 'apocalypse of destruction' in Africa

'The destruction of sub-Saharan Africa has escalated beyond my most pessimistic imaginings of a decade ago," says Nick Brandt.

"Elephants are being wiped out at a rate of 35,000 a year. There used to be a demand for tiger penis – now there's so few tigers left, they've moved on to lions. And animals such as giraffes are being annihilated for bush meat sold in urban markets. It's not hyperbole to say that it's an apocalypse of destruction."

When he first set out to Kenya and Tanzania 12 years ago, "I began with this view of the region as a Garden of Eden – one of the last places in the world where you could see a wide range of different animals en masse. But over the years I began to realise I could no longer photograph that view, so each successive book [in the trilogy of the series] has become darker; when you take their titles, On this Earth/A Shadow Falls/Across the Ravaged Land, it speaks of an arc from a paradise to a much darker but very real vision."

Reality is paramount to Brandt. He doesn't use a telephoto lens to take his shots – he stands close enough to capture every flex of an animal's musculature, every nuance of its expression. "I'm not interested in action," he says. "I'm interested in capturing animals in a state of being, waiting for that moment when they present themselves for portrait."

In the case of the animals shown here, "There's this feeling that they're posing even in death. I wanted to reanimate them, to give a sense of them as sentient creatures not so different from us." Although the fish eagle and wildebeest died at the hands of the environment, rather than man, Eden, it is clear, no longer means sanctuary.

'Across the Ravaged Land' is published by Abrams, priced £40. An accompanying exhibition is at Atlas Gallery, London W1 (atlasgallery.com), from tomorrow to 10 November