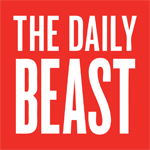 Frozen in Time: An Elegy to Africa’s Disappearing Species

In Across the Ravaged Land, Nick Brandt captures the stone remains of wildlife that Africa is losing. Nico Hines talks to the ex-Michael Jackson video director about his haunting new work.

Two thousand years ago, the stricken population of Pompeii was buried alive in the red-hot ash of Mount Vesuvius; the result was a preserved display of human suffering whose intensity has been unrivaled in the intervening centuries.

Strolling along the shoreline of a lake in Tanzania’s desolate Rift Valley, Nick Brandt encountered a modern version of that haunting scene. The British photographer’s otherworldly portraits of those statuesque figures are recorded in Across the Ravaged Land, the climax to a trilogy of books mourning the destruction of wildlife that once dominated the great plains of Africa.

The extraordinary carcasses of these creatures, which were calcified in the world’s most caustic lake, were revealed to the artist purely by chance. He was scouting for locations and the dry season had forced the salty waters of Lake Natron to recede, exposing the remains of dozens of bats and birds. “They are quite extraordinarily well-preserved down to the tip of the tongue of a bat, the minutest hair, each little claw on a swallow,” Brandt told me. “I just wanted to take portraits of these creatures like they were still alive because they were so perfectly preserved. It seemed so logical to me to put them back on branches and take their portrait.”

The animals look as though they have been turned to stone. They were preserved by the rare conditions found in the lake, where temperatures reach 140 degrees Fahrenheit and the levels of alkalinity and salt are extreme. “The Masai who live around the lake are used to these creatures washing up—they think of them as junk,” said Brandt, 47. “They thought I was just a crazy white guy, but nobody else has seen creatures preserved in this way except a few scientists. It’s new, and that’s the same reason people go to Pompeii—it’s just extraordinary to see people who died in those positions.”

Felicity Arengo, the associate director of the Center for Biodiversity & Conservation at the American Museum of Natural History, said the animals did not decompose, in part, because no predators or bacteria were able to survive in the lake’s harsh conditions. “They are basically mummified,” she told me.

The journey that culminated in Brandt’s stirring portraits of the petrified creatures, as well as his photographs of plundered elephant tusks and the mounted heads of hunters’ trophies, began almost two decades earlier when he was hired by Michael Jackson as a young video director to work on a new single called Earth Song.

The epic video, which included a shot of Masai tribesmen mourning an elephant that was killed by poachers, went on to win countless awards, but that first trip to Africa had also planted a seed that would eventually end Brandt’s successful directing career.

“Even though I am a natural pessimist, I hadn’t anticipated that rate of destruction would escalate so fast.”

After a single job filming in Tanzania, he was hooked. “I completely fell in love with the place,” he said. “[Jackson] really cared hugely about the environment so we naturally bonded over that,” he said, although the King of Pop missed the moment of conversion as he never left America, his scenes were shot in a field in New Jersey and in front of a green screen in New York.

Brandt, who grew up in London, continued to direct for a few more years, but he was increasingly dissatisfied. “I was directing car commercials but it was just not a fruitful use of my life because I didn’t care a damn about selling BMWs,” he said.

The final chapter in his directing career ended abruptly 10 years ago. After shooting the first day of the One More Chance video for Michael Jackson, an arrest warrant was issued over allegations that the singer had molested a teenage boy. Jackson was eventually cleared but he never returned for the second day of shooting. “It was an awful time,” Brandt said.

His first book of photographs, On This Earth, was an optimistic portrait of the majesty of Africa’s wilderness and the animals that inhabited it. “I was showing this natural world of Africa as a kind of Garden of Eden, even though I knew this was an elegy to something I knew was vanishing,” he said.

Brandt’s distinctive style features photographs taken without the use of telephoto lenses or even a zoom. “It’s like shooting a studio portrait of a human being, except I’m doing it out on location with an animal,” he said. He began to focus on lions and elephants amongst animals.

By the time he returned to start shooting for the second and third books, many of the elephants he had photographed on previous trips had been killed by poachers.

The trilogy took a darker turn; the portraits of powerful lions and drinking elephants made way for pictures of stuffed and mounted animal heads returned to their natural habitat, arrays of tusks and those eerie images of the calcified birds.

The creatures that were lost from the Amboseli region on the border between Kenya and Tanzania were just a tiny fraction of those killed each year. In 2012, it was estimated that 35,000 elephants died at the hands of poachers who can make tens of thousands of dollars from the ivory trade.

The trade in tusks is so lucrative that it has become a favored financing tool for criminal organizations like the Lord’s Resistance Army and al Shabab, which carried out the mall shooting in Nairobi last month. Gangs have been known to use machine guns to attack whole herds, and the latest figures suggest one elephant is killed every 15 minutes.

Government officials in Kenya, where Brandt does most of his work, attempt to protect elephants while they are in the national parks but once they wander out of those areas, they are essentially defenseless. Faced with this devastation at first hand, he resolved to try and help keep the poachers at bay.

“Even though I am a natural pessimist, I hadn’t anticipated that rate of destruction would escalate so fast,” he told me on the phone from his home in the Santa Monica Mountains in Southern California. “I thought it was very self-aggrandizing to start my own foundation, but what I had was a pool of incredibly wealthy collectors who buy my photographs.”

With the initial investment of half a million dollars from one art collector, Big Life was born. A team of rangers was hired and equipped with land cruisers, night vision binoculars and radios, while outposts were built in the 2 million-acre ecosystem around the Amboseli National Park. The organization claims it is now the only cross-border anti-poaching unit in East Africa.

Staff have encouraged the entire community to become involved in the battle against the poachers to protect environmental tourism, which is by far the most lucrative local industry.

There are now 310 rangers defending the area, those in Tanzania are armed. Between November 2010 and July this year, they arrested 1,030 poachers and handed them over to the authorities. Richard Bonham is the director of operations for Big Life on the ground in Africa. “You do sting operations, aerial patrols, tracker dogs… so yeah, it’s a war,” he said.

Some of the rangers are featured in Across the Ravaged Land holding up the ivory they have seized. “When you look at that photograph of a ranger holding the tusks, there’s not an elephant left alive in Africa with tusks that size. They’ve all been killed,” Brandt said. “Those tusks today in China would probably bring in about $500,000 and that’s the kind of battle we’re facing. You’ve got some poor guy in Africa—how does he resist killing this elephant that’s walking by with thousands and thousands of dollars of ivory sticking out of his skull?”