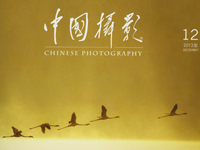 Awol Erizku and His Works Inspired by the History of Art

In first sight the relations between your photos and classical paintings could be sensed, and some other artists such as Cindy Sherman, who also had a project in which some famous works were taken in the same way with you: she referenced classical paintings and re-created it with contemporary photography. So your project is an adventure to some extent. If somebody criticizes you: “Awol Erizku’s works are imitating classical paintings from light, composition, gesture and so on”, or “Awol imitates Cindy Sherman”, what will you answer?

My works re-contextualizes art history, and I include artists like that of Cindy Sherman in my thought process. To use the word imitation would be to sell myself short, everything is carefully thought through. Cindy Sherman also put herself into art history with contemporary photography, I never put myself into my work. The people in my work are people I find on the subway, or Facebook, or in my neighborhood. I choose these people because they reflect those that I grew up surrounded by, but could never find a surrogate for in art history.

All models are of color, which implies the relation between the models and Africa, so this project is strongly featured with African background. Is it because you were born in Ethiopia, so you want to emphasize this background? Are your works influenced by Ethiopian (African) culture?

My works are very much influenced by Pop and African American culture amongst other things, my point is not to reference Africa as there is certainly a great difference between African culture and African-American culture. Many people consider me African-American, I guess I am influenced by that to a certain degree. As I mentioned my subjects reflect the people that I have been surrounded by my entire life, much of which has been spent in New York.

The naked or half-naked models are featured with some popular luxury brands, such as Versace pants and LV scarf, could you explain your idea further?

The Juxtaposition of my models and luxurious brands comes from the old tradition of patrons being painted with their most prized possessions, it’s a symbol of the culture. They are signifiers for my work and the person in the photograph. It helps tell a deeper story than just “a model sitting half nude for an artist.”

Since you are very young, what’s the biggest difficulty for you in work?

The most difficult thing for me at the moment, aside from getting the right model for a photograph, is running and operating a small photo studio as an Artist without doing too many commercial jobs.

Please tell me something about your next project, is it still related with African culture or tradition?

I’m going to be focussing on grad school, I’ll be attending Yale in the Fall, and I plan on exploring new ways of making photographs that will feature people of color as my main subjects. I Can’t tell what it will look like in full detail, but I’m hoping to go back to my Film background and create images that have a cinematic quality to them.