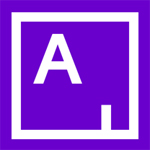 Celdrán cites “the world of objects” as his main inspiration, and recognizes canonical works by Oldenburg as key referents. He’s careful to set himself apart though; in his words, “I tried to create my own vision of reality, based on one hand on a personal collection of objects and on the other, on a meticulously realistic analysis of those fragments of reality, as a contrast to Oldenburg’s ‘pop’ proposal.” Celdrán beckons the viewer to notice details that would otherwise go unseen in both series on view—“Macro,” large-scale sculptures, and “Zoom,” two-dimensional works—which are complementary in their shared focus on household items, calculated creation processes, and a microscopic vision of objects.

While Celdrán’s subjects have been described as “common and mundane,” his works are anything but. His pencil-and-acrylic “Zoom” series distills light bulbs, orange slices, and pencil shavings to black-and-white compositions, with such incredible detail that the naked eye has a hard time detecting whether each is a photograph or not. His sculptures are similarly painstaking; a polychromed cardboard ice cube tray is conscientiously adorned with water droplets; a polyurethane hot water bottle slouches perfectly against a wall; and a row of pink and blue clothespins are clamped together suggesting actual functionality. The entire “Macro” series, each with the artist’s “Romcel” logo incorporated perfectly, could easily fool a small child into thinking they’ve been transported into a giant world, or miniaturized in this one.
“Rómulo Celdrán” is on view at Hasted Kraeutler, New York, Feb. 13th–April 12th, 2014.