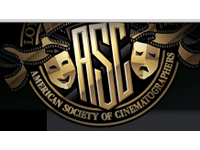 It’s an unlikely starting point for Nick Brandt’s nature photography and trilogy of books on the endangered wildlife of East Africa: directing a 1995 Michael Jackson music video “Earth Song.” A plangent cry against a human and environmental apocalypse set against the still haunting images of the then recent Bosnian war—the video prompted the director/photographer to begin a more than decade long mission to record the quickly vanishing animals inhabiting the immense game parks of Kenya—especially the greatest pachyderms, elephants, whose ivory tusks are the lucrative cash crop for high tech international poachers.

Brandt’s three books, the last one published in September of 2013, document a looming tragedy—that these great beasts of the African wilderness could soon be found only in zoos and private reserves.

As a shocking visual metaphor of this possibility, Brandt speaks of a magnificent photograph he made of a line of elephants in Amboseli Preserve in 2008.

An evocative and echoing composition, twenty-two rangers supporting poached ivory tusks, also photographed in Amboseli only three years later, will haunt you. This image hangs in my and Carol’s living room; I see it every day, a graphic reminder of the mindless predations rampant on our small planet.

Brandt’s first photo safari was in 2000; it was planned with the exactitude of a movie shoot. Each subsequent trip Brandt has made broadens the scope of his work, and the final book in the trilogy, Across the Ravaged Land, includes disturbing images of animal heads mounted on posts, surveying the sere landscape they once roamed. This book also includes human figures for the first time, portraits revealing dedicated park rangers as witnesses to the slaughter.

Brandt creates his haunting work on medium format film, scans, then Photoshops the images to control sky, tone and contrast. He uses no trickery of altering the animals—in placement or number. He shoots with a Pentax 67 11 and works in close to his subjects, using only two fixed lenses. His rationale is simple:

“You wouldn’t take a portrait of a human being from a hundred feet away and expect to capture their spirit; you’d move in close.”

Brandt’s sense of human-like intimacy is embodied in the close bonds among elephant families, a dedication to the group that protects the vulnerable young and the old—but which also makes the beasts easy pickings for poachers. There are dozens of YouTube videos showing this familial bond.

Many infant elephants are orphaned because of poaching. Two years ago, Carol and I were in Kenya with an International Outreach group from AMPAS, and we visited the David Sheldrick Wildlife Trust outside Nairobi, which takes in orphaned wildlife, especially elephants. Like us, elephants have a lengthy period of dependency. Native workers on site sleep in row stables on straw pallets with the infants, “parenting” them, even blanketing them on cold nights. The trust’s website provides an overview of its mission.
One of the most affecting aspects of Brandt’s work is not an emotional plea for our attention, but a straightforward yet artful presentation of the magnificence of these ancient creatures—photographed in their native habitat, intimate portraits that speak to the unique personality of each creature. In the afterword to his first book, On This Earth, from 2005, Brandt writes of this “state of being”:

I’m not interested in creating work that is simply documentary or filled with action and drama, which has been the norm in the photography of animals in the wild. What I am interested in is showing the animals simply in the state of Being. In the state of Being before they no longer are…. This world is under terrible threat, all of it caused by us. To me, every creature, human or nonhuman, has an equal right to live, and this feeling, this belief that every animal and I are equal, affects me every time I frame an animal in my camera. The photos are my elegy to these beautiful creatures, to this wrenchingly beautiful world that is steadily, tragically vanishing before our eyes.

There is a deeply personal connection to wildlife photography that draws me to Nick Brandt’s work. In early 1970, as a still tyro camera assistant, I traveled to Tanzania and Kenya for producer Irwin Rosten. The assignment was to film a one-hour television documentary for National Geographic to be broadcast on NBC. That documentary, Kifaru, Swahili for rhinoceros, was commissioned to examine the territorial habitat of East Africa’s black rhinos through the eyes of a Canadian wildlife biologist named John Goddard. John, his wife Shelly, and their ptr-teen daughter had spent several years recording, photographing, and tagging the black rhinos in Tanzania’s Ngorogoro Crater, a UNESCO World Heritage Site that lies close to the Serengeti Plains and Olduvai Gorge.

We later followed Goddard to Kenya’s East Tsavo National Park, an arid preserve similar to the American Southwest, to continue studying the black rhino population—but also to understand what was the ever-growing problem of elephant over population. Competition for forage between the two great browsers, elephants and rhinos, was turning vast areas of the preserve into sand dunes and blowing soil. Poachers were always a presence but many of the deaths came from local villagers trying to feed their families—not the large-scale, commercial killing fields of the 21st century. The landscape of Tsavo, especially that surrounding the village of Voi, is iron-rich, red dirt; it coats both pachyderm species in a beautiful umber mantle. Goddard feared that unless the elephants were forthwith put under a program of “cropping,” the entire ecosystem would collapse and become a dust bowl. At the least, the highly vulnerable, and grossly myopic, rhinos would be decimated. This was my introduction to the dilemmas caused by man in his mis-management of the fragile wild environments that bore his footprints. The game parks of East Africa were often, even then, enclosed with perimeter fences and human constructed watering holes. One of the most popular of these pools for the local elephant population lay at the base of the hill of the Voi Safari Lodge, one of the few hostels within the park, located almost midway between Nairobi and Mombasa.

A half century later, I still recall sitting around the lodge’s open air bar having a drink at evening twilight, freshly showered after a dusty, bumpy day in a beat up Land Rover, coughing up that fine powder of red dirt—raptly watching several dozen elephants come in to wallow and water in the fading, cool light. The behemoths seemed invulnerable both in number and size; the threat to them seemed remote; at that time the danger was the relentless pursuit of rhino horn, not elephant tusks—horns to be ground into a powdered aphrodisiac for a gullible and avid Asian market. But by the late 1980s, it became clear that a threat existed to both elephants and rhinos. A fascinating issue from 1990 of the journal Pachyderm demonstrates how critical the problem of survival had become.

Cinematographer Erik Daarstad and I, with our trusty Éclair NPRs, were always on the move in the game parks, keeping up with the speedy Goddard—tracking and recording sightings of the always-elusive rhinos that, unlike the socialized elephants, were stubbornly solitary.

I continued filming documentaries for several years after this adventure, but I eventually became seduced by the blandishments of fiction filmmaking; I’ve maintained an ambivalent posture toward fiction feature films ever since, especially as we are now deep in a golden age of non-fiction cinema. It doesn’t take a weatherman to track the heady winds of great documentaries swirling around the often static, dried-up clichéd fictions of the major studios. It’s no mere stylistic trope that so many of our feature films desperately seek to emulate the engagé style of documentary films.

Several weeks ago, I confessed to a group of UCLA students that if I had it all to do over again, yes, I believe I would have stayed with non-fiction filmmaking. My most recent nod in that direction was simply to sponsor the gifted Buddy Squires, cinematographer to Ken Burns and many others, into membership of the ASC. The society can only be blessed with more artists like him, cinematographers whose legacy surely will be more enduring than the disposable “tentpole” movies that continue to dominate local multiplexes every weekend.

It’s uncertain to know what future projects may attract Nick Brandt—but I do hope it’s more like his current work than a return to the lures of music videos. Documentaries still can embrace such committed artistry.