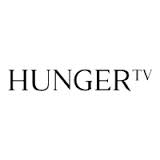 He’s been voted Dutch Artist of the Year 2014. His work explores the unspoken and the overlooked – all that typically resists easy documentation. He’s photographer Erwin Olaf.

Erwin Olaf addresses social issues and taboos with his highly stylised photographs, which aim to capture the essence of modern life. Both criticised and celebrated, his images have gained international recognition, his work now mentioned alongside names such as David Lachapelle, Annie Leibovitz and even the late, great Helmut Newton.

Never one to shy away from controversy, the photographer presents a celebration of sexual and racial diversity, and often protests against discrimination, racism and exclusion. Born in Hilversum in 1959, he has lived and worked in Amsterdam since the beginning of the 1980s. While studying to be a journalist at the College of Utrecht, he was introduced to photography – him and his camera have been inseparable ever since.

As a photographer/artist and part-time filmmaker, Olaf arouses a strong reaction in the viewer, who is either attracted or repelled by the direct language of his photographs.

Provoking, stubborn and shocking, his first series, titled Squares, was created in 1983, followed by the Chessmen series – about his struggles with sexuality – that won him the Young European Photographer competition. Many more awards followed.

Olaf became notorious for his subversive and transgressive photography that he expressed in his work through the use of nudity, erections and bondage gear, photographing elderly persons, overweight people and people of all races. Obsessed by the phenomenon of the human body, different human shapes, he favoured photographing nudes, influenced by the analogue black and white photography of Mapplethorpe and Joel-Peter Witkin.

In the 90s, his interest in the use of Photoshop grew. Photoshop gave him the opportunity to manage the colour of the skin. He started to use it as a colour tool, which resulted in series such as Mature (1999), Royal Blood (2000) and Paradise (2001).

His most recent series is the Keyhole (2011/2012), Olaf’s first 3D installation that balances a thin line between intimacy, shame and feelings of guilt, and the Berlin series, depicting children and adults throughout the German capital.

Olaf’s conceptually provocative style has been embraced by the advertising and fashion worlds. Besides his art projects, Olaf accepts commercial commissions from sponsors with vastly differing requirements – he has worked for diverse clients including the Dutch monarchy, creating a portrait of Queen Maxima in 2010; luxury brands such as Louis Vuitton and Bottega Veneta; and design brand Moooi – and his work has been published in Vogue, Vanity Fair and the New York Times. His worldwide campaigns for Diesel Jeans and Heineken won him the coveted Silver Lion at the Cannes Lions Festival.

His latest project are his pictures for Showtime’s latest drama series Masters of Sex and the designs of the Dutch euro coin, in honour of the Netherlands’ first king since 1890, Willem-Alexander, who was sworn in April 2013. Olaf’s designs were released in early 2014.

Interest has grown in his work partly thanks to important art dealers in the U.S. and Japan who are eager to invest in Olaf’s work. It seems as if his years of hard work are finally leading to serious recognition. The achievement is impressive, not least considering that Olaf is contending with emphysema, a weakening disease that obliges him to deal carefully with his energy reserves.

With plans to publish a new book in 2014 as an overview of his work throughout the years, it’s a good time to reflect with Olaf on his career. Taking time out from a packed schedule, he answered questions by email.

HOW WOULD YOU DESCRIBE YOUR PHOTOGRAPHIC WORK TO SOMEONE WHO HAS NEVER SEEN IT?

I would describe my work as highly stylised staged photography.

HAS YOUR TECHNIQUE AND VISION CHANGED OVER THE YEARS?

In recent years, the technical side of my work has changed in that I now work with a digital camera, instead of using film. Also, I am making more installations now instead of just producing photo series. It gives me the feeling that I can draw up more of a complete ‘image’, with more dimensions.

My vision has changed over the years as well. I am looking for more detail in the human emotion instead of focusing on grand gestures.

WHY IS IT IMPORTANT FOR YOU TO RAISE AWARENESS? TO EXPLORE ISSUES OF CLASS, RACE, SEXUAL TASTE, BELIEFS AND HABITS IN YOUR WORK?

It is important to raise awareness for certain issues because they are dear and personal to me. My work is always a reflection of my personal life and beliefs, so I think it is natural for me to include issues that I want to raise awareness for. Also I have found out that I have a stage, and as an artist I think it is important to use your stage for causes that you find important.

WHAT DEFINES PHOTOGRAPHY/DOCUMENTARY AS A WORK OF ART? WHAT DO YOU THINK THE FUNCTION OF ART SHOULD BE IN TODAY’S SOCIETY?

Photography becomes art when there are more layers of meaning to it, I think, but for me it is also difficult to determine what is art and what not and why? Art is a loose term; it applies to so many different forms of expression.

The function of art is to entertain and to itch at the same time. It should open up discussion and talk. Art can point out painful issues in society, or expose underbelly feelings. It should do more than just be pretty.

WAS THERE A SPECIFIC TIME WHEN YOU STARTED TO UNDERSTAND THE WAY COLOUR COULD WORK FOR YOU IN YOUR PHOTOS? OTHER THAN THE OBVIOUS, HOW WAS IT DIFFERENT FROM MAKING BLACK AND WHITE PHOTOS?

I only really started to enjoy colour once Photoshop was in full bloom. I never really liked the colour of skin in colour photography; there was always ‘too much red’ in it, and it would seldom come out as I intended it to be. Ever since Photoshop was introduced it gave me the possibility to really be precise with the tone of skin. It really broadened the options and that made me very happy.

DO YOU PREFER WORKING ON FINE ART OR ON COMMERCIAL WORK?

I prefer to work on fine art, but commercial work has given me the option of doing that, especially in earlier stages of my career. Also, in commercial work you get to work with other people in a different way, you are more part of the team instead of the ‘director’. This opens you up for different input and influences. I take these inspirations with me in my fine art work.

YOUR PHOTOGRAPHS HAVE A CINEMATIC QUALITY, IS THAT YOUR MAIN SOURCE OF INSPIRATION?

Visually the cinema is a great influence, but also paintings, music etc.

WHY ARE YOU LOCATED IN AMSTERDAM?

I grew up in the middle of the Netherlands, and Amsterdam, where I based myself after my education. It is a very comfortable city, and you can get anywhere you like in a heartbeat.

WHAT WERE THE BIGGEST STRUGGLES YOU HAD IN YOUR CAREER AND YOUR BIGGEST ACHIEVEMENTS?

WHAT IS YOUR FAVOURITE PHOTOGRAPH OR SERIES OF WORK?

From myself? I have a couple that are very dear to me: My Grief series (2007) is very dear to me, also Separation (2003). This series was the first where I started looking for smaller emotions instead of using grand gestures. It was the beginning of a new phase of my career.

Also the Keyhole (2011/2012) is a work that I am very proud of. I am really happy with the outcome of this installation. The different dimensions really come together in this one.

WHAT DOES FASHION MEAN TO YOU?

Fashion is the essence of now, of what is going on right now.

WHAT MAKES A GREAT FASHION PHOTOGRAPH?

A great fashion photograph captures the essence of the moment, and at the same time is a timeless good photograph.

WHAT DO YOU THINK WILL BE THE FUTURE OF FASHION PHOTOGRAPHY?

I can’t really predict that, I think the moving image will become more and more important. On one hand, casual photography (phones, iPad photography) will be more important, the ultimate snapshot. But on the other hand there is a movement which will be more focused on the traditional ways of photography, more on quality. But I am not a fortune-teller; I don’t know what the future holds.

HOW CAN PHOTOGRAPHY SURVIVE IN AN OVERCROWDED WORLD WITH CAMERA POSSIBILITIES ON EVERY DEVICE?

Photography thrives in an overcrowded world with possibilities everywhere. Almost everyone is taking pictures; it is good for the craft, the more people who do it, the better photographers will come out of it.

IF YOU WERE ADVISING A YOUNG PHOTOGRAPHER TODAY, WHAT WOULD YOUR WORDS OF WISDOM BE?

Find another job! No really, just try to find your own signature as soon as possible; it is very important to be recognisable.

WHAT’S NEXT FOR YOU?

First a break, then I have a new series coming out in 2014. Also, a new book by Aperture. Several other projects are lined up for 2014.

WHAT WILL YOUR NEW BOOK BE TITLED?