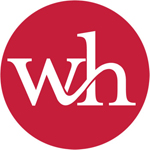 The heat is on

Jeff Bark’s Goldenboy is flashing the flesh in this steamy new collection set in the sultry, stultifying heat of a South Californian summer sometime in the early 1980s. Inspired by Bark’s autobiography, the setting recalls Bark’s own situation in early adulthood as he began to experiment with photography.

The quintessentially Californian backyard settings, complemented by the highly-saturated colour pallete so evocative of the region, are actually meticulously constructed fakes, having been recreated from Bark’s memories in his New York garage. This use of a set rather than shooting on location, while time consuming, allowed the photographer greater control, free of the vagaries of outdoor weather, and contribute to the still, almost airless quality. As with previous Bark work with follows a style reminiscent of old painting masters, beauty goes hand-in-hand with decay, and his idealised protagonist is surrounded by withering plants, bruised fruit and discarded cups, dandelions recalling the blooming mould of a Caravaggio still-life. Goldenboy can be seen at leisure at Hasted Kraeutler, New York, until 14 June.