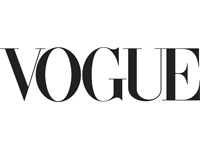 Punk is dead? The rebellious concert-goers spotted at Brooklyn’s tenth annual Afropunk Festival this past Sunday would beg to differ. Descending upon Commodore Barry Park, they painted a picture of radical iconoclasm, echoing the energy that reverberated in the musical acts onstage with their chaotic, free-form curls, twists, locs, and braids.
For the artist Awol Erizku, who captured the most striking among them with his camera for Vogue.com, the process of documenting their individual looks was about more than a good photograph. Instead, the lensman focused on illuminating the symmetry and sculptural beauty of black hair and the sentiment attached to it. “I think [black hair] is beautiful because it can be shaped, shaved, cut, whatever. That’s what I was trying to find today—people who had that kind of hair and who embraced it and were proud of it.”

Among that prideful pack was Vogue September cover girl Imaan Hammam, who bounded onto the set and immediately swung into supermodel action, tossing her festoon of curls from side to side and offering Moroccan facial-mask recipes before dashing off to see D’Angelo headline. This while DJ/nightlife princess Juliana Huxtable flicked her back-grazing braids and puckered her painted blue lips for the camera. Odd Future’s funk/soul crew, known as The Internet, parted a sea of adoring fans as they passed by to say hello, stopping to talk about their natural ’dos and mutual “beauty crushes” on fellow Afropunk performers SZA and Zoë Kravitz.

Before the day was over, Erizku’s station had become a hub for those with the most gravity-defying hair. Hailing from Siberia and Brooklyn, Berlin and Toronto, the international pack was happy to mingle with their fellow provocateurs and share the secrets behind a “D.I.Y.” approach to hair that utterly defies tradition. Because after all, what’s more punk rock than overthrowing the beauty status quo?