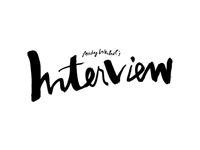 Photography Instead of Fruit Acid Peel

Looking at Erwin Olaf’s photographs gives the viewer a constricted sensation. The photographed subjects - mainly teenagers and young adults - are shown in poses and scenes that seem oddly disturbing yet attractive at the same time. Undefined physicality, a subtle, uncontrolled urge for the erotic and a strikingly high degree of vulnerability determines the tenor of his series Case. Whoever believes that they are being exposed to a freak show, however, is wrong. The expression on the faces of the protagonists in the photographs let you experience where they come from and how they got into this situation. The viewer can become enamored with the gaze the subjects emit. One wants to solve the mysteries behind the stories, considering each piece an isolated thriller. In cooperation with the Month of Photography and Babette Bar, The Galerie Wagner + Partner exhibits the newest line of Dutch photographers from today, until October 30. Berlin has been a major source of inspiration for Erwin Olaf for quite some time. Along with Olaf’s Berlin-cycle, he has taken extensive photographs on some other prominent locations such as the Olympic Stadium, Clärchens Ballhaus, the bathhouse Neukölln, and Fechtahalle at Westend. The opening will take place at the Martin-Gropius-Bau tonight at 11 o’clock immediately after the official opening of the Month of Photography.