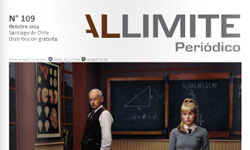 Erwin Olaf : The Empire of Illusion

The Empire of Illusion

The MAC of the Fifth Pedagogical School will host the exhibition of the Dutch photographer until November, based on grand modernist narratives and the failure of structures sustaining current society. According to its curator, Paco Barragán, „Erwin Olaf breaks the mold”.

People have lost their way and the structures which they used as basis have now failed. The society lives under the yoke of an empire, a consumed empire, an abstract and ubiquitous empire, an empire which has left the subject in a state of desolate abandonment. The Dutch photographer, Erwin Olaf, is coming to Chile with his exhibition Erwin Olaf: The Empire of Illusion, which places us with explicit subtlety in a dystopian scenario, in an apparent future where the worst fears of the human being have become reality. Or worse still: a scenario which is in effect more present than future. „This society tells you that if you don’t achieve something, that’s your fault, not of the system, with which we become or own worst enemies” says Paco Barragán, curator of the exhibition located in the MAC of the Fifth Pedagogical School, which will be open to the public until November 9.

A set of photographs and videos distributed in the second floor of the museum display, as if they were a map, the concepts conceived by Barragán when choosing the works by Olaf. IN fact, he proposes a journey in function of these structures which at some point had been, without a doubt, the support for man: family, politics and the subject, and school. “They refer to social, political and moral structures which have linked our world since modernity and which currently are in a complete process of questioning and review” he explained. Thanks to a work rich with detail, where we can appreciate the extreme thoroughness of Olaf, the spectator is able to enter the intimacy of the portrayed subjects, enter into a room from the Hotel series or be frightened by the plastic surgeries from the video Le Dernier Cri, and ultimately see, as if it were a mirror, their own lives reflected and trapped in this empire which envelops everyone. “I am more interested with this angle of the intimate sphere, because this intimate sphere is ultimately a reflection of how society and effects impact us” Barragán said.

Erwin Olaf has developed an admirable career as publicist and photographer, creating linked series, in his first stage, to more vindicating aspects such as violence, sex, homosexuality, and fashion – these subjects correspond to works created between 1993 and 2003 – subsequently, in his second creative stage, the subject, esthetics, structures and narratives – whose result, corresponding to the period between 2003 and 2014, is currently being presented by the Spanish curator in Chile. However, on this occasion, the videos are the novelty: brief audiovisual fragments with which Olaf tells stories. “He started filming because he considers all artistic videos to be terrible” as explained by Barragán. Scenarios inhabited,  in both cases – photo and video – with characters/actors placed in situations constructed with masterful purposefulness, who configure a representation of the current reality: “As privileged voyeurs – writes Barragán in the exhibition’s presentation – Olaf leads us on a fascinating journey to private spaces such as the home (Separation, Rain, Annoyed, Keyhole, Grief, Dusk & Dawn) and the shower (Wet), or semi-private spaces such as the inside of a college class (Hope) or a masonry lodge (Berlin).

Despite the fact that the curator work was wholly in the hands of Barragán – who even who even contributed with texts he authored, which can be seen when entering each room – Olaf was always participating in the decisions, despite his decision he made from the beginning not to come to Chile. “This is the first stop of Erwin Olaf: The Empire of Illusion, it will then travel through Latin America, and we even hope to take it to Europe. Maybe Erwin will be present in one of these locations” Barragán said. The expectations are high, above all because, according to the curator, Chile is a country where Olaf’s acceptance is on the rise. “From what I’ve been told, Erwin has an impressive group of fans here, I don’t know where they’re coming from, but it’s true”, he concludes.