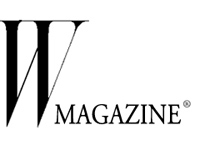 German-born, New York-based photographer Martin Schoeller has taken iconic photographs of both celebrities (such as Brad Pitt, Jay Z, and Meryl Streep) and anonymous normals over the course of his multi-decade career. So it’s no surprise that a third book of his work highlights his iconic portraits. Scholler is best known for his striking close-ups, like the shots of Lil’ Kim, George Clooney and Steve Carell included in the book. But Martin Scholler: Portraits ($125, teNeues.com) also features some wider-range shots, such as a candid moment between actors Heath Ledger and Jake Gyllenhaal and a cinematic photo of artist Marina Abramovic surrounded by nudes on a subway car. All of the images, says artist Jeff Koons, a frequent subject of Schoeller’s, are remarkably personal. “Martin’s portraits capture the character of the individual and the purity of the moment,” he writes in the book’s forward. “One feels not confronted by the subjects on the pages; instead, one shares an honest moment with each individual and embraces the truthfulness that Martin presents in each portrait.”