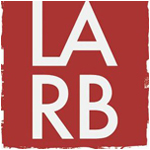 PARIS PHOTO 2014 marked the 18th year of the grandest photography gathering on Earth. 60,000 visitors came to see an astonishing array of images from all places and periods, in every category, presented by over 140 galleries under the magnificent Belle Epoque iron-and-glass canopy of the Grand Palais. LARB interviewed many top photographers at this bustling mecca and is presenting them in a special series via Photographer Spotlight.


Erwin Olaf works from the inside out. He pulls immaculately staged sets from what seems like the bottomless reservoir of his imagination, he places costumed actors and models within them, and starts shooting until a collaborative, surprising moment yields a picture of noirish mystery and frozen beauty. The images range from spare floral arrangements to elaborate erotic set pieces, from dour uniformed children to solitary figures in suspended states of sorrow. Their surfaces have an immaculate sheen that fools the eye into believing his universe is placidly ordered, or in a resting place between intense dramas. Always there is an undercurrent of calculated repression, of a darker reality beneath the pristine fabric of the scene.


Apart from his personal work, Olaf is a sought-after Dutch commercial photographer whose A-list clientele has included Microsoft, BMW and Nokia. His earlier assignments were for theater and film posters, which foreshadowed what would become a prolific fine-art career that mined his fantasy life. Much like a stage poster, his works in the first years of the 21st century began projecting implied themes, moods and storylines in a succinct and stylized manner. “Come to my play, look at my thoughts,” says Olaf of his approach. “Slowly, as I got older, I realized that I want to ask questions and I don’t want to give answers anymore.”


Olaf first preferred to shoot only in black-and-white, feeling that color was too resistant to being tamed into conforming to the images in his mind. But as with many photographers, Photoshop rocked his world when it was released and ever since he has happily manipulated his pictures toward a distinctively sober palette that harmonizes with his refrigerated view of modern life. Given the cinematic nature of many of Olaf’s pictures, it’s inevitable that he was hugely influenced by film — but from deeper in his memory. His very particular film tastes, first formed when he left home at 18, include Fassbinder, Visconti, Tati and Spanish cinema of the 1980s. These touchstones can help decode the stylish, moody, unresolved and irreverent nature of his work. “I try to create spaces that are psychological in order to have a dialogue between my fantasy and the viewer’s fantasy.” His team of set-design, makeup and costume people all come from the film world.


Olaf is unafraid to explore his psyche from as far back as he can reach. One of his earliest series, “Grief,” was born of his memory of first being aware that he was alive, around the age of six, which coincided with JFK’s assassination. “This was one of the strongest memories I have of this period, this worldwide grief. And around this historical moment I have a lot of memories about how people I knew dealt with emotions — they were non-existent, locked away. And I tried to translate that into a photo series. But not all my photography is based on my memories, not at all.” Olaf’s pictures are satisfyingly deliberate and sharp-focused (he attributes their precision to his use of a 6X6 Hasselblad). But they are also langorous and unclimactic, scenes and portraits that suggest tentative or recent action — as if he’d like us to think about the possible more than the actual. That’s the secret to their seductive power.
Erwin Olaf: Volume II has just been released by Aperture. An exhibition of Olaf’s work is currently on view at the Museum of New Art in Detroit until February 15, and another opens at Hasted-Kraeutler Gallery in New York on January 8. He is speaking and signing books at Aperture Foundation in New York on December 10.