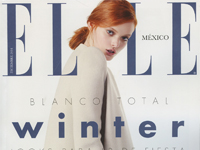 I’m Ready for My Close – Up

Celebrities have a connotation of grandeur and that is exactly how Martin Schoeller represents them: with XL sized photographs. Even so, their portraits are more vulnerable, without makeup or concealer, they are the intention to show the human side of the grandest personalities.

The concept of “celebrity” in art emerged in the 1960s with the pioneers of pop. Up to then, the iconography of these personalities did not coincide with the ideals of the fine arts. The first portraits of Marilyn Monroe created a large market for those who merged art and popular culture. There have been great successes and chaotic failures, but no one has dominated the technique in the way that Schoeller did. What is his secret? Simplicity.

He grew up in Germany in the 1970s, a period when access to pop art was limited and no one was above the rest. The lack of heroes made him immune to fame. “I grew up without idols or someone to look up to”, he tells us. “We listened to local punk rock bands without placing them on a pedestal”.

Today his typical close-ups feature in the most important publications – such as New York Magazine – with Jeff Koons. His method is shooting many (really a lot) photos, until he can capture the subject in an honest pose, with his guard down. Each image is arranged in a way where, in a contradictory way, it is spontaneous. “The portraits which survive the test of tome are those which bring out a specific characteristic or defect which would not have been freely shared.

One cannot stop thinking, “this is how Paris Hilton (or Marc Jacobs or Robert De Niro) really looks like”. And even when we are face to face with them in their natural state, they perform in an aura of grandeur.

Schoeller returns to the scene this winter with a retrospective in Hasted Kraeutler (gallery), in New York, which coincides with the launch of his most recent book titled Portraits, a monograph from his time as Annie Leibovitz’s assistant, up to the 10 minutes with Barack Obama.

When Schoeller is not playing with his five year old son, he travels the world searching for adventures. Some of his personal projects include portraying tribes from the Amazon, women, bodybuilders and identical twins, subcultures which would not be seen if not for him. “They have little contact with the world”, he explains this fascination with the subject. “You have to win their trust and communicate with words”.