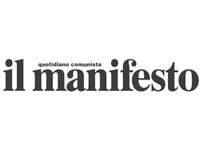 The Perfection of Waiting

Erwin Olaf (Hilversum 1959, he now lives and works in Amsterdam) goes room after room, up to the innermost one of the Hasced Kraeutler gallery in New York that houses the exhibition  Waiting: Selection from Erwin Olaf Volume I & II (until February 28th). He stops in front of the wall that exposes the triptyque 50 years, I wish / I am / I will be (2009). Then he turns slowly to the young photographer and becomes the fourth portrait in the series. Hence a moment already gone within an ongoing story. << The self-portrait, as well as the whole body of my work, should be seen as a diary - explains Olaf - This triptyque, in particular, comes from having discovered to have an emphysema in 1997. For the first five years I did not realize what it was, but then I began to understand. taking photos of myself was a kind of therapy. The tubes in the nose mean look to the future and accept the disease >>. To get a start for the exhibition, conceived as a comprehensive retrospective that celebrates also the second monographic publication that Aperture dedicated to the Dutch photographer, there is Keyhole 3 (2011), a color photograph in which a young girl is shot from behind, head slightly tilted forward, her hands down the back getting very tight. In the perfection of the essence of this photograph there are infinite shades: emotional tensions, unspoken words, mystery, beauty, intuition. Always in a balance between hype and silence, empty and full, Erwin Olaf brings fashion photography, and in general the commercial one, far from the stereotypes, taking the opportunity to use - as he does superbly - the light, even to illuminate the worries, hardships, repression, in a time horizon that has no beginning or end.


In the construction of an image which does not describe a time of the real world, but is the projection of your (conscious and unconscious) fantasies, how is the shooting time, and what is its relationship with the design?


Most of the time I start with an unexpected idea, which comes mostly when I'm watching trash programs on television, when I am on the beach or in the car. In short, during those moments of absolute zen relaxation. I immediately draw a rough sketch - I am a very bad designer - which I share with the people I work with. The big idea starts from me, but then everyone brings a small contribution in the models, scenery, set. So, we proceed with the casting. Many times I have in mind a certain type of model, maybe blonde, I am looking for something special, but can also be the redheaded model or the transsexual boy or anyone else. Once on set, when everything is ready, I wait for the magic to happen. The magic is falling in love with the model. A condition that must be countered. A brief moment in which I am offered something unexpected, that I would never have dreamed of. It is in that moment that something that is close to the design is realized, yet it also incredibly far from the original idea. That idea, which involves the wait, the anguish, the first tear, the time between the action and the reaction is still there at 75%, the rest is done with the light in the studio. Light creates the drama, the emotional tension. All this is already studied during the construction of the set. It takes about a day to switch from the design to the time when I start photographing.


Then the time of shooting is quick or time-consuming?


In my thirty years of experience as a photographer, either that moment occurs in the first three seconds, or at the end, when you know it is the last chance. Maybe the task did not work well and you decide to pull, as has happened in my latest project, a new series on classical nude that I just started. I was working with two models, a boy and a girl - women are more relaxed, while men are more controlled - the afternoon drew to a close, he was very focused on himself, aware of his beauty and not letting himself be manipulated. Then, something happens, click (snaps his fingers, editor's note): I do not know how it come to my mind, but I asked him to kiss the wall. He did it in such a beautiful way, as if it was his lover. At that time - at the end of the day, in full general fatigue - it sparked the magic between me and him. Here it is the falling in love, I made a good photograph and he finally let himself go.


The subjects are photographed mainly (and indeed until 1991 exclusively) within enclosed spaces. How important is the rhythm of a story that does not explicitly state, but implies, the relationship between the subject and the environment surrounding it?

The reason I love the Staged Photography is because of the way it allows me to completely liberate the imagination in designing environments, the set, but also to talk to people. Imagine we have a set where there is a woman and a pot with pink flowers like that (indicates a vase with a bouquet of roses, ed.). In the picture you have to have the perception that it was the woman wishing to buy those pink flowers, not me. If I made a good photograph, the viewer will think that choice is part of her personality, as well as any other any other object: the chair, the phone, or the distance between the chair and the people, the curtains and even the dress. Even when the set is extremely simplified, abstract, we have to feel that that the person is always present, that's seriously her environment.


The common element of your photographic work, which is sophisticated, provocative, sensual, mysterious, is the pursuit of the perfection through the use of light. Where is the line between the technical and the conceptual approach?

They go together, hand in hand. Like when I look into the eyes of the people and, in the photograph they are not as real as I would like them to be, then I realize that it will not work. It took years to learn the technique, and lighting is a part of it. At first I did not understand the importance. I love photography and the human nature allowing me to fantasize and I want to celebrate it in any of my photographs. In each time period - there was the return to hand-printed photography from the silver bromide plate, to the time of Photoshop with Royal Blood which is the strongest series and then the color change with Grief - techniques and content, along to form, walked together. The arrival of Photoshop has been incredible, because it is not only helpful in creating beautiful colors, but also to adjust them exactly as we want, as we imagine them. I find this amazing.


Years ago you called your work a combination of aesthetics and anarchy, a <


It's very worrying, because it is not just about what happened last week. In my country, a film director Theo van Gogh, ed.) was killed in the streets and, before that, here in New York there was the September 11 attack, and it was not just about the freedom of expression we are talking about now. It would be a lie if I said that I'm not afraid. For me, religion is just an opinion. I have no desire that all people become equal: it would be a very boring society. As in my country, where <

You signed major advertising campaigns, including Levi's, Diesel, Heineken, Bottega Veneta. What are the limits and possibilities of fashion photography?

There are several ways to do commercial photography: you can be as free as extremely limited. For the Diesel campaign I was asked to be myself: hard, dark, grim, ironic. But other times, let's say in the majority of cases, the ideas are already defined by the customer and you have to create them with their technique. Recently, I was called by Tomas Maier, creative director of Bottega Veneta, for their advertising campaign. After seeing my work, he told me he wanted me to do something  Protestant, as are the Dutch and the Germans: he is German. Even his agent did not know exactly what he meant, but I had to think as a Protestant. Then I realized, and I went back, finding my Dutch roots. I wanted to do something essential, but strong in the composition and with very few elements of my previous work. In addition to light, of course, there were windows and an idea of the house, but it should not be just a house: I could put inside it a piece of furniture.


In this case the customer has taken me by the hand, bringing me into a new dimension of freedom and, at the same time, of limit, as is the fashion.