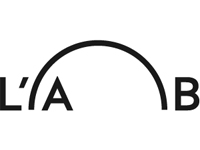 About a decade ago, Italian photographer Paolo Ventura began composing a series of miniature, diorama-like sets, and then shooting them to appear life-size. The results were haunting and curious, clearly fabricated yet moving, depicting tales ranging from an imagined war (as in 2006's War Souvenir, photographed inside the closet of Ventura's Brooklyn apartment) to glimpses inside the memory bank of an older circus performer looking back on his life (2008's Winter Stories), as well as the story of an elderly Jewish watchmaker in the Venice ghettos during World War II, who creates an automaton to keep him company (2011's The Automaton of Venice).

Throughout, Ventura (whose own father was, notably, a children's book author) has maintained a sense of theatricality, evoking just enough story while leaving the rest a mystery for viewers to resolve on our own. One is never totally sure what he or she is looking at. As Francine Prose notes in the introduction to War Souvenir: "What are we seeing? What do we think we are seeing? And what we are concluding about what we think we are seeing?"

For his latest series, Short Stories, which is on view now at Seoul's Gallery Baton, the theatricality remains, but the players are now assuredly life-size. Ventura himself has entered into the frame, and even made it a family affair, enlisting his twin brother and young son to pose alongside him (his wife also collaborated behind-the-scenes). The series was born of a rather banal incident, when a piece of the roof over Ventura's Tuscan studio fell in. "A light streamed through," he explains. "I put a glass over the hole, and decided to build a little theatre where the light shone." One weekend not long after, "My family [Ventura's wife, Kim, and son, Primo] and I began playing. I painted a backdrop, and we started acting out 'short stories' with old costumes and props that I'd collected over the years."

Describing the images, Ventura says, "These are [twelve] stories with a very simple structure, and [most have no] text. . .. The title is enough; then each person can see what he wants to see. That's the idea of a short story."

Ventura says the series was great fun—especially being able to create something with his son. "When we finished, he said he had a great time," Ventura recalls, "but he begged me not to pick him up from school dressed like this."

Short Stories is on view at Gallery Baton in Seoul through March 6th.