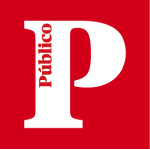 The Portuguese Gypsy who posed for Pierre Gonnord

Pierre Gonnord is the author of the photographic series “Gaia, Mother Earth” which includes portraits of Portuguese people living in close contact with nature. The project began coming to life in 2009 and led the photographer to fishing communities, miners and nomadic gypsies who work in agriculture. The French photographer gave an interview to P3, via email. “The Gypsy people have a natural elegance and dignity, they are like kings and queens in exile. They remind me of the history of the Jews of the Bible. The pictures serve to remind us of the power of the expression of a human face, of its grace, of our deep roots and our future,“ says Gonnord.

Why have you chosen Portugal to develop the project?

Because I love your country (and why not?): The people, history, culture, customs, landscapes ... I lived in Spain for 26 years and we are close neighbors. During my long trips to Portugal, I was fortunate enough to meet with very interesting groups, for example fishermen and their families along the coast, from Nazareth to the Algarve and near Lisbon, Costa da Caparica and Fonte da Telha. I have participated in various artistic events in Portugal, namely an exhibition at the Triennale of BES and the Alentejo.

Why this group of people?

Since childhood I have been fascinated by the Gypsy history, its roots, lifestyle, and always was moved by the exclusion they face throughout Europe. I know I take the photographs to have the opportunity to find them and take in the experience. To learn from others, listen, see, feel, express means to open your eyes to the world. To know the universe of others, other realities is to go beyond our own borders, to go one step further in the understanding of the human species. It also allows me to go beyond the limits of my shyness, my loneliness, my conditioning and my taboos. The picture begins as the story of an encounter, long before the portrait creation process. This practice can only be successful when there is intimacy to the point of being face-to-face with another. Today, we give too much importance to documentary making at the expense of intimacy. I miss the human and psychological approach. To make a picture is also to fight against forgetting; it is a cannibalism of the other, their difference and what unites us as human beings. Communion, the appropriation of beauty, grace and dignity are what makes us similar.

Was it difficult to penetrate these worlds?

Nowadays, no photographer is welcome because people want to preserve their privacy. They fear appearring on television, on Facebook or on any other medium. My intention is not only to portray, but also spend time with these communities and understand their culture, meet family members, their personalities and sensibilities, and decide from this analysis how to portray them in the future. Only then do I explain my project and show my work. After some time (I can spend weeks, sometimes months), I propose a photo shoot in a more private area, such as a barn, a house or even a camp. I only portray people I know and with whom I have a relationship of friendship. Gypsy families are very hospitable when you know them, are generous and I want to answer this as generously as possible. My models are very enthusiastic vis-a-vis the elegance and beauty of my pictures. They receive an impression of dedication and usually place the photograph on the wall of their homes. Gypsy people have a natural elegance and dignity, they are like kings and queens in exile. They remind me of the history of the Jews of the Bible. The pictures serve to remind us of the power of the expression of a human face, of its grace, of our deep roots and our future. Also there is something that we will never lose: our spirituality - although we live in a material world. People who appear in my pictures generally have a deep connection with nature and have not been exposed to the consumer society. They have a slightly distant view of life and are aware of their ephemeral human condition, since their faith leads to belief in eternal life.

Your photos seem to refer to the painting ...

I prefer not to follow painting references. I just try to reach the magical and mysterious moment that gives a big picture. I have much more interest in the power of literature and take more more influence from a novel by William Faulkner or Fyodor Dostoevsky than a portrait by Caravaggio. At the turn of the seventeenth century, suddenly, great creators appeared who were painting away from the academic rules.These artists such as El Greco, Velasquez and Goya were absolute masters, alchemists in their approach to the human mind and its mystery, posessing great talent, a fantastic economy of means, and great simplicity in the expression: less design, less color, less focus but more soul, more psychology and psychiatry sometimes even combined with a sharp black and neutral background. That’s what I try to synthesize. I try to “catch a fly with his hand” through a face or eyes. The light in the painting, which is always natural light, daylight, candlelight, which are also key parts of my kind of expression.

What photographic techniques do you use?

I think my black and abstract backgrounds are made to isolate and magnify the photography. It is an old technique that has been around forever, since the first Roman paintings in Pompei until the seventeenth century golden age of painting. But I think the character, the people I portray, are very traditional people who refer to other times of human history, to our roots. I do not use Photoshop in my images, or HDR. I do not need it because the light that I use is natural and the depicted subjects are real people. They appear as they are, the same faces, bodies, targeting and garments.

Pierre Gonnord exhibits this photographic series at Hasted Kraeutler in New York until the 25th of April.