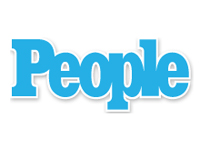 What It’s Like Shooting Dolly Parton: She’s ‘So Energetic and Limber!’

Country legend Dolly Parton saddles up to celebrate 30 years of Dollywood and talks about her future. Subscribe now for instant access to the exclusive interview, only in PEOPLE.

Before his PEOPLE shoot with Dolly Parton, celebrity photographer Martin Schoeller researched the country icon extensively – watching Steel Magnolias, reading her interviews, listening to her music – and came to an unexpected conclusion: “I’m not a big country fan, but Dolly, I can listen to.”

Preliminary research is a crucial part of Schoeller’s artistic process. “The most important thing, as a photographer, is to keep talking while you’re taking pictures,” he tells PEOPLE. “The more you know about a person from prior research, the easier it is to keep chatting with him.”

And all of his prior suspicions about Parton, 69 – that she would be kind, funny and high-energy – were proved absolutely correct when they met in her Tennessee theme park, Dollywood, for a PEOPLE photo shoot – Parton was as warm and bubbly as ever, despite the unseasonably cold day. The moment she arrived on set, the singer hopped on the carousel and began chatting with kids, who’d been visiting the park and agreed to have their photos taken.

“She was basically dancing around on the carousel, laughing and having a great time interacting with the kids,” Schoeller recalls. “And she kept that energy level up throughout the whole shoot – posing and laughing.”

The photo recreates the feel of her 1986 PEOPLE cover – which also took place at Dollywood – and 30 years later, Parton still looks stunning.

“Dolly was so energetic and limber,” he says. “The whole shoot only lasted 45 minutes.”

Parton kept insisting to Schoeller, “I got three angles – that’s all I got,” as she moved from one pose to another, but from the looks of these photos, that’s far from the truth.

Portraits, Schoeler’s sweeping collection of celebrity close-ups and editorials, was released in November 2014.