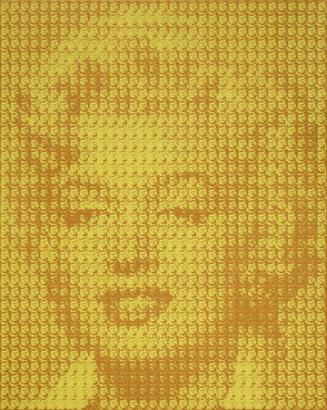 Hasted Kraeutler is pleased to announce the first exhibition of paintings by Kim Dong Yoo in the United States, beginning February 9 and running through March 24, 2012.

Kim Dong Yoo is best known for paintings of iconic images that are comprised of thousands of smaller images, which either contradict or support the primary subject, such as John F. Kennedy, Mao Tse-Tung, Marilyn Monroe, Michael Jackson, Madonna and Albert Einstein.