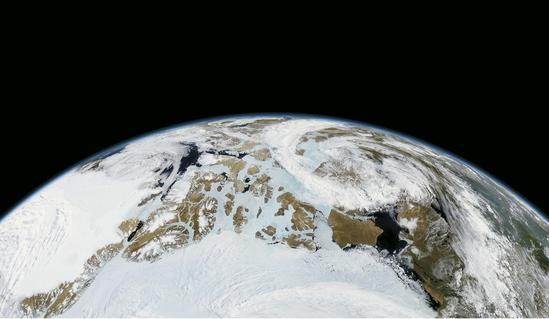 Hasted Kraeutler is pleased to announce an exhibition of photographs by Michael Benson. This is the artist’s first solo gallery exhibition in New York City. In this exhibition, Beyond, Benson presents some of the most extraordinary visual experiences imaginable: a view of Jupiter’s volcanic moon Io transiting across the stormy face of its parent planet; a closer view of the moon itself, visibly erupting into space; stunning vistas of Saturn and its rings; close-ups of the sun; and a view of an avalanche caught the moment it occurred on Mars. These are solar system vistas that have never actually been seen directly by the human eye; they come to our sight via sophisticated camera systems mounted on the intricate robotic spacecraft launched over the last few decades by NASA and the European Space Agency. Benson mines the vast archives of raw image data from the history of robotic spaceflight from the 1960s to the present. He then processes the hundreds of raw frames he has selected into unique portraits of celestial bodies, a process that leads him to refer to the photographs as “mosaics.”

Benson’s project is an elegant fusion of art and science. While Benson is the highly skilled creator of the photographs in the exhibition, he also points out that these images are “the direct result of a large-scale collective scientific research effort and the most cuttingedge technologies ever produced by our species.” There are elements of détournement in Benson’s method, in which he appropriates images that were collected as scientific data and converts them into unique works of art. The final photographs frequently require that Benson process multiple raw spacecraft images to produce color composites that can include fifty or more individual images. In this paradoxical process, science and technology informs the creation of the image as much as the image informs science and technology.

But standing above its roots in planetary science research, Benson’s Beyond project also shows that the visual legacy of five decades of interplanetary spaceflight constitutes a significant, growing chapter in the history of photography. His images, wrote Edward Rothstein in The New York Times, “are vividly, compellingly real; they astonish and bewilder, luring the viewer into a state of wonder.” (7/29/10)

Born in Munich, Germany in 1962, Michael Benson studied photography as an undergraduate at SUNY-Albany and attended NYU Graduate Film School. He was an established journalist and freelance writer and photographer before he moved to Slovenia in 1991 to make an award-winning documentary, Predictions of Fire, about the controversial Neue Slowenische Kunst (New Slovenian Arts) collective in the context of the Balkan war. In 1992 in collaboration with the Slovenian arts collective Irwin Benson created the art performance piece Black Square in Red Square, in which a square of black cloth, 75 feet to a side, was unfurled in Moscow’s Red Square in an homage to Kazimir Malevich and Suprematism. Benson has been working on the present body of work since the late 1990s. His photographs have been exhibited internationally, including in museums such as the Smithsonian and the American Museum of Natural History and have been published in two books, Beyond: Visions of the Interplanetary Probes (Harry N. Abrams, 2003) and Far Out: A Space-Time Chronicle (Harry N. Abrams, 2009). A new book of solar system photography, Planetfall, is in the works and will be published Michael Benson, Lunar Transit of the Sun #1-3, 2007 by Harry N. Abrams in 2012.

Michael Benson is represented exclusively by Hasted Kraeutler. For press inquiries or further information, please contact the gallery at info@hastedkraeutler.com or 212-627-0006.

A Scrapbook of Our Relationship With the Universe
View More

BOLDLY GOING WHERE NO ARTIST HAS GONE BEFORE: MICHAEL BENSON
View More