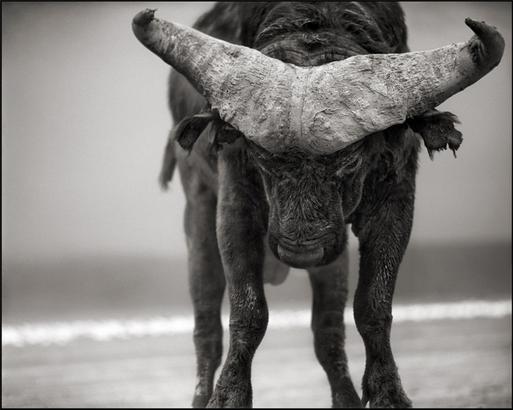 Hasted Kraeutler is pleased to announce our inaugural exhibition of work by Nick Brandt, On This Earth, A Shadow Falls, beginning March 29 and running through June 9, 2012. The prints in this exhibition span nearly a decade of the photographer’s work and will feature the most famous and sought after images of his career.

Nick Brandt photographs endangered animals in Africa and was first drawn there In 1995 when he went to Tanzania to direct Michael Jackson’s “Earth Song”. Deeply moved by the experience he searched for a way to capture and preserve what he saw.

Nick Brandt photographs his subjects, “in the same way I would a human being, watching for the right ‘pose’ that hopefully will best capture his or her spirit.” “What I am interested in is showing the animals simply in the state of Being. In the state of Being before they are ‘no longer are.’ Before, in the wild at least, they cease to exist. This world is under terrible threat, all of it caused by us. To me, every creature, human or nonhuman, has an equal right to live, and this feeling, this belief that every animal and I are equal, affects me every time I frame an animal in my camera. The photos are my elegy to these beautiful creatures, to this wrenchingly beautiful world that is steadily, tragically, vanishing before our eyes.”

Brandt does not use telephoto lenses because he believes that being close to the animals makes a huge difference in his ability to reveal their personality. He writes: “You wouldn’t take a portrait of a human being from a hundred feet away and expect to capture their spirit; you’d move in close.” Sometimes it can take weeks for Nick Brandt to get a single photograph, but it is this patience that allows him to be able to get close enough to the animals he is photographing and capture them as individuals, often times just weeks before they are killed by poachers.

ON THIS EARTH, A SHADOW FALLS

Nick Brandt: On this Earth, A Shadow Falls
View More

On this earth, a shadow falls, Artist reception
View More