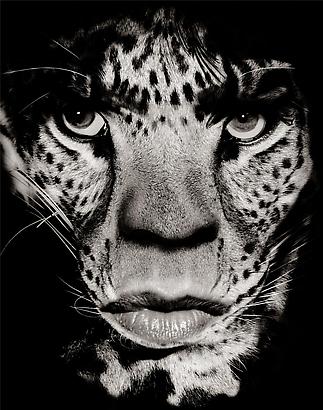 The globally celebrated Scottish photographer Albert Watson (b. 1942) is one of contemporary photography's Renaissance Men, working seamlessly across genres, from portraiture to landscape to still life, and making them his own. His career spans more than four decades, and beyond including some of the fashion industry's most iconic images of all time, his portfolio is as varied as it is distinctly his, marked by a deeply intuitive understanding of texture, color, and shape—always at the service of creating dramatic, breathtaking compositions that amount to the visual equivalent of the literary Epic.

There is no limit to the subjects across which Watson has trained his lens—and his meticulous eye—capturing the intimate, personal moments of Las Vegas dominatrixes, dramatic expanses of American desert, or even a starkly lit close-up of King Tutankhamen’s sock. Indeed, his use of light to transform any object into striking objects worthy of aesthetic worship is one of the defining qualities of his work. He imbues every image with a compelling psychological depth that both draws viewers in and commands a level of respectful distance.

As diverse as are his subjects, so, too, are his influences and allusions vast and varied. In his studies of human skin, smooth expanses of flesh are abstracted to evoke swaths of sand or rolling hills—much like the work of Edward Weston. The influence of commercial advertising—and even of Pop art's masters, from Andy Warhol to Roy Lichtenstein—is evident in the spare, graphic orientation of his figures to ground. He regularly creates stark contrasts between light and dark, object and shadow, to keep the eye actively moving and vividly involved with his images, which appear to balance composition and gesture as successfully as Abstract Expressionist painters from Pollock to de Kooning.

Born and raised in Edinburgh, Scotland, Albert Watson studied film and television at the Royal College of Art in London before he moved to the United States in 1970 to launch a career in photography. He has received many honors, including a Lucie Award for lifetime achievement in photography, a Grammy Award for the cover of the Mason Profitt album, Come and Gone (1975), and three ANDY Awards for creativity in advertising. On September 9, 2010, the Royal Photographic Society awarded him their Centenary Medal, which recognizes outstanding contributions to the art and science of photography. Photo District News has named him one of the 20 most influential photographers of all time, and his many monographs and catalogues include Cyclops (Bulfinch, 1994), Maroc (Rizzoli, 1998), The Vienna Album (Schirmer/Mosel, 2005), Albert Watson (Phaidon, 2007), and Il Coniglio Bianco (Contrasto, 2009). In 2010 PQ Blackwell released two major monographs, UFO (Unified Fashion Objectives) and Strip Search, presenting a 40-year retrospective of Watson’s work, pulled from his vast archive.

Albert Watson has had solo exhibitions of his work at famed international institutions including the Deichtorhallen in Hamburg, Germany, Museum of Modern Art in Milan, Italy, Fotografiska in Stockholm, Sweden,the KunstHausWien in Vienna, Austria, the City Art Centre in Edinburgh, Scotland, the FotoMuseum in Antwerp, Belgium, the NRW Forum in Düsseldorf, Germany, and the Forma Gallery in Milan. His photographs have also been shown at the National Portrait Gallery in London, the Metropolitan Museum of Art in New York, the Pushkin Museum of Fine Arts in Moscow, the International Center of Photography in New York, the Brooklyn Museum, and the Deichtorhallen in Hamburg, Germany.

THE JOLT with LARRY FLICK

How I Became…ALBERT WATSON
View More

Albert Watson has made a career out of photographing the bold and the beautiful but his Scottish roots keep pulling him to new projects ... and potential retirement
View More

ONLY IN VEGAS? INSIDE ALBERT WATSON’S STRIP SEARCH
View More

Master of All He Surveys
View More